Riga Summit: What Made Russia Angry? 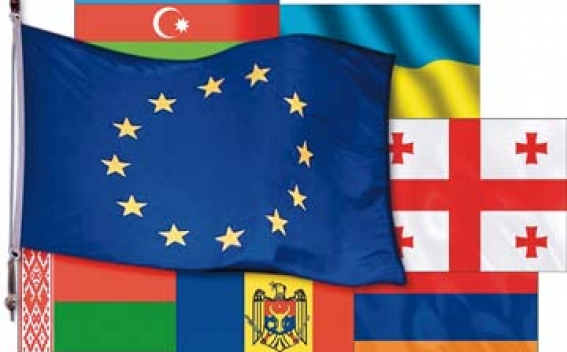 On May 21, the two-day Eastern Partnership summit will launch in Riga, where the EU and its partner countries will clarify the project’s objectives for the coming years and bilateral cooperation formats. By the end of the summit and the adoption of the final declaration, the draft document has already caused discontent in some countries and even angered some of them.

Both Russia and Ukraine are dissatisfied with the draft. The reason for Russia’s dissatisfaction is the disseminated information that in Riga summit final act the participant countries are going to condemn "the Crimean annexation" by Russia.

The official representative of the Russian Foreign Ministry Aleksander Lukashevich recently declared that according to their assessment the Riga summit has a vividly expressed anti-Russian direction. "We will look at how the Riga summit will be held, but it is already clear that our response will be tough and principled," the spokesman said.

This statement was followed by that of Deputy Foreign Minister of Belarus Elena Kupchina, who urged the EU to refrain from confrontation and anti-Russian statements. In an interview with a Hungarian newspaper, Deputy Foreign Minister said: "It is important that no statements, which would lead to confrontation, are adopted, so as the participant countries do not have opposing positions. It is a false idea that it is necessary to make a choice between the East and the West: both directions are important."

After the statements of the Russian and Belarusian Foreign Ministries, comments appeared in the Western media that Moscow criticizes a document that has not been adopted yet. However, it should be noted that it was the Western media that disseminated information that some websites have been presented the draft Declaration.

It is still not possible to say whether the final document will include any formulation that will cause Russia's anger or not, but it is obvious that the final document will not satisfy Ukraine. Most probably, the document will not include the provision, proposed by Ukraine, that "the EU recognizes the Eastern partners' European perspective." "This provision has caused controversy among the majority of the member states," - as EU Observer-reports said a European diplomat.

There is  information that Germany is also against such formulations in the document. "All keys are in Berlin, that is why the Latvian Foreign Minister Edgars Rinkevics  before the summit will fly there to find common formulations,” the European diplomat said.

It should also be noted that with the German initiative the meeting of the EU-Ukraine-Russia on EU-Ukraine Deep and Comprehensive Free Trade Agreement implementation issues will be held.

As for the final document, it should be noted that in the documents of the previous summits, notably in Warsaw in 2011, the EU just acknowledges "the European choice of some partners," highlights "EaP's unique role in supporting those that seek closer relations with the EU." The Vilnius summit (2013) Declaration says that the aim of Eastern Partnership is deepeningits the relations and cooperation, economic integration, if possible conclusion and implementation of Association Agreements (including DCFTAs) between the EU and its partners till 2015. As we know, this summit was followed by the events in Ukraine.

Therefore, it is not accidental that many experts point out that the proposed wording of the EaP summit final declaration in Riga will be the mildest adopted so far.  However, it should also not be excluded that with the efforts of Kiev, however, some critical statements against Moscow will be used.