The EU EaP Future to Be Built on Dreams and Hopes 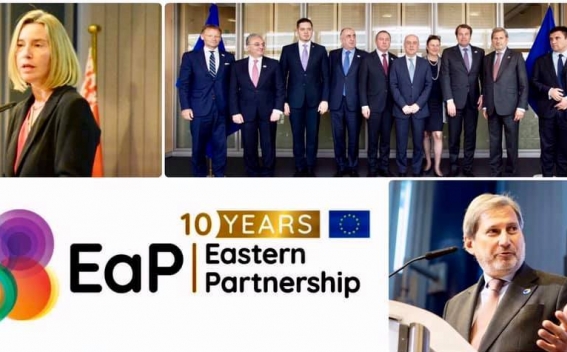 10 years of Eastern Partnership policy were summed up in Brussels on May 13-14. EU high-ranking officials in their speeches tried to summarize the key achievements of the past years and set the development landmarks.

10 key achievements relating to the economic sphere, public relations, energy, and so on were published. The key political achievement is the signing of Association Agreements with three of the six EaP countries, the Comprehensive and Enhanced Partnership Agreement with Armenia, talks with Azerbaijan over an agreement and agreement on developing priorities of cooperation with Belarus.

An attempt to highlight the key messages heard during these events, will record the following:

- The European Union provides a differentiated approach to partner countries, based on their ambitions,

- Eastern Partnership does not imply geopolitical choice and struggle for influence,

- Further emphasis will be put on the work of societies, particularly with civil society and youth. Plans to work with and engage them are to be developed.

It is difficult to say whether the EU expected such results from policy 10 years ago. But the geopolitical developments in the region and the national interests of actors have made some edits, leading to what we have today.

Today the EU problem is not having similar agreements with the Eastern partners and  moving forward with common principles, but not losing partners in the region and finding ways to deepen cooperation with them. The key was seen in a differentiated approach aimed at meeting the aspirations of partner countries and supporting them in achieving their goals. As stated in a statement on behalf of the EU High Representative Federica Mogherini, "the policy will be the common property of the parties, will be based on shared responsibility, inclusion, differentiation and meeting conditions and will be built on the basis of national priorities."

As to RA-EU relationships, Armenia is currently perceived by the European Union as a good example of successfully implementing the proclaimed principles, something that evidences to the effectiveness of the policy adopted. As Jean-Claude Juncker, President of the European Commission stated, “The agreement with Armenia is the best proof that the European Union does not force the six partners to choose between us and the others.” Johannes Hahn, European Commissioner for European Neighbourhood Policy and Enlargement Negotiations stressed that the agreement with Armenia stems from Armenia’s aspirations and considers its membership to the EEU.

The directions of the Eastern Partnership policy development are summed up in a 2017 document adopted at the Brussels Summit, the "20 Target Result for 2020" which are to be achieved within the defined period. The results of their monitoring were also published. A considerable part of them is still half way, and the key task remains to fully implement them.

Further development of policy, as stated by Federica Mogherini, must be based on needs, aspirations, dreams and hopes.