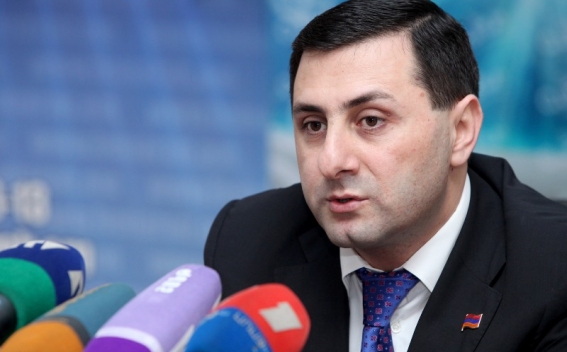 -     How do you assess the present phase of the EU-Armenia relations. How much could you come to mutual understanding with the European partners and overcome the existing difficulties?

-     Deepening of relations with the EU has always been and remains one of the main priorities of 's foreign policy. There is even no need to stress its important for our country. In my opinion, today the EU-Armenia relations are on a desirable level, there is no political disagreement and in the near future these relations will receive new signal and as a result of it - new flesh and blood.

-     What expectations do you have from the Riga ?

-     I think, the will differ in the way that the EU will announce its new policy of a differentiated approach towards each Eastern Partnership state.  has widely contributed to this decision with its prudent policy. The agreement that was the basis for the EU-Armenia relations is already outdated and there is a need to develop new vision for those relations, as well as new legal basis. I suppose that during the Riga Summit the EU and our country may come up with a joint declaration, which will record the political will to initiate a new round of negotiations for advancing bilateral relations. This will be followed by a mandate for negotiations and the negotiations themselves.

-    How long do you think, will the negotiations last after a mandate is granted by the European Commission? What role can the parliamentary diplomacy play in this phase?

-     Taking into consideration the fact that the negotiating teams will not start everything from a blank page, we may suppose that the negotiations will not last long. An enormous work has been carried out in the stage of the Association Agreement negotiations and now, it mainly remains to bring out all the provisions having any contradictions in regard with 's membership in the Eurasian Economic Union.

As for the parliamentary diplomacy it has a rather determinant role, especially taking into account that in the capitals of EU member states the decisions regarding the EaP countries are not always being discussed with the members of the national governments or their representatives of the European Parliamentary structures. In this regard we have productive work experience and we will continue our targeted work both with the capitals and with and .

- How effective, according to you, are the Eastern Partnership instruments today? What reforms are needed to improve their productivity and take into account mutual expectations and possibilities.