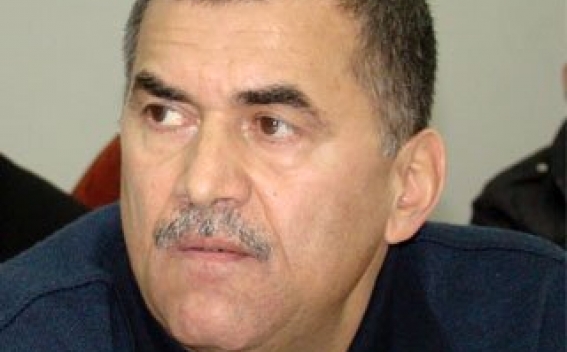 The interview is presented in parts.

- Mr. Rajabov what are your expectations from the EU Riga Summit?

- The Riga Summit on 21-22 by the participation of Eastern Partnership 6 countries will end in official Brussels without any political agreement signed by the 6 participant countries.

In particular the EU does not possess real political and economic tools to have influence on Armenia and Azerbaijan, especially after Brussels expressed an opinion according to which the EU is not going to experience another “wave” of enlargement to open the doors for partner countries.

It is noteworthy to state that according to the European officials Brussels should postpone it efforts until geopolitical and geo-economic conditions do not change in favor for the EU.

The thing is that the official Brussels cannot have progress in Eastern Partnership in the Post-Soviet countries unless the Ukrainian Crisis is solved.

It is also noteworthy to state that both Baku and Yerevan lack the aspiration of the close integration with the European institutions. To put it otherwise the official representatives of both South Caucasus republics do not intend to be engaged in the real process of the European integration.

At the same time one can assume that in Riga, Brussels will suggest Azerbaijan, Armenia and Belarus special status of a partner in the framework of Eastern Partnership, aiming to sign some political document with the three republics.

In particular official Baku avoids the EaP political and economic issues which can lead to Baku’s political-economic cooperation with the official Yerevan. Coming from this, official Baku can sign only bilateral cooperation agreement with the EU but not in the EaP framework; the agreement that presupposes mutually beneficial and equal relations between the EU and Azerbaijan.

At the same time official Baku strives to use the European platform for the realization of its national and regional goals. The official Baku can sign energy agreement which will presuppose full realization of “South Gas Corridor” project of energy transfer including the construction of the pipelines. This becomes possible especially if one takes into consideration the fact that Azerbaijan, Turkey, Turkmenistan and the EU are interested in the urgent implementation TANAP և TAP energy transfer projects and were engaged in the process of forming a “Caspian Consortium” in the framework of “South Gas Corridor” project.