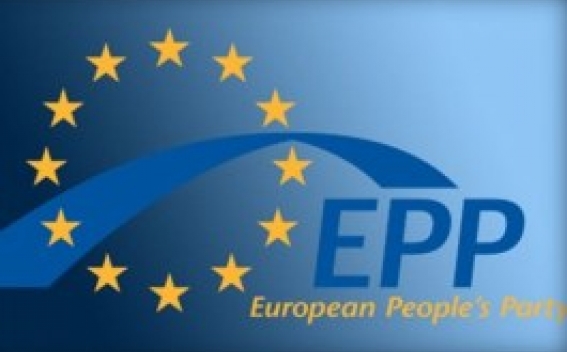 The leaders of the European People’s Party (EPP) met yesterday in Riga and adopted a Declaration on the future of the Eastern Partnership, confirming its strategic significance. Below is the full text of Declaration from EPP official webpage.

“The EPP is committed to bringing security and prosperity to our Eastern Neighbourhood. Since the previous Eastern Partnership Summit, we have made significant efforts to reinforce the EaP project. Three eastern neighbouring countries have signed and started implementing the Association Agreement with the EU and this has already brought concrete benefits to their people,” EPP President Joseph Daul underlined.
The EPP delivered in Riga a strong message of support for the associated states–Ukraine, Moldova and Georgia–which have made the European integration agenda the main objective of their foreign policy. These countries pay a high price for their EU ambitions, particularly with their sovereignty and security. Therefore, the EPP strongly supports a European perspective for Ukraine, Moldova and Georgia and encourages the governments of these countries to speed up the necessary reform processes and to further strengthen their commitments to shared values and principles, such as democracy, the rule of law, the fight against corruption, strong and independent judicial systems, respect for human rights and good governance.
During their meeting, the EPP leaders commended the smooth and well-managed implementation of the visa-free regime with the Republic of Moldova and stressed the importance of the introduction of visa-free travel with Ukraine and Georgia. This will give additional stimulus to further democratic transformations and will facilitate people-to-people contacts.
Regarding Armenia, it is important that the country continue its strong commitment to strengthening EU-Armenia cooperation. “The EU has to further explore the possible scope of our future bilateral cooperation in areas such as good governance, human rights, fighting corruption, the implementation of the mobility partnership and the visa facilitation and readmission agreements,” President Daul underlined.
President Daul also met with several representatives of the Belarusian opposition to discuss the situation in their country. President Daul emphasised the EPP’s strong support for the Belarusian opposition and civil society. Despite the increased international interest in Belarus recently, the EPP maintains the approach that any real new opening will depend on freeing all political prisoners and conducting free and fair elections at the end of this year.
Հայերեն