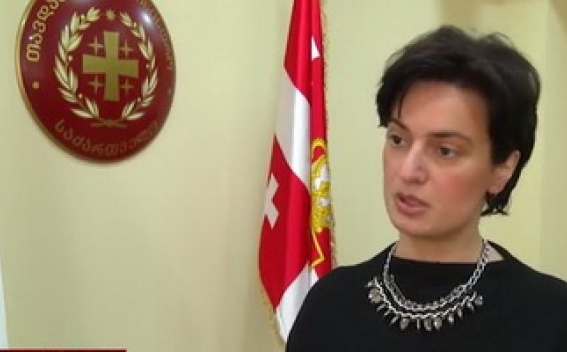 "Armedia" Analytical Agency presents an EXCLUSIVE interview with Nato Bachiashvili, Chairperson of International Centre for Geopolitical Studies. In the interview she comments on the Georgia's expectatations from the Riga Summit, the results achieved from the Summit and the EU-Georgia currents stage of relations.

-How do you assess the present stage of Eastern Partnership policy and according to you what are the reforms the project should undergo?

-I would like to start with the Vilnius Summit. For Georgia the Eastern Partnership project was a successful one. If we watch the aftermath of Vilnius we can witness very positive dynamics. First of all after Vilnius we pre-signed the Association Agreement with the EU. The Association Agreement  was signed in June and from September 1 major part of the agreement came into force, including the DCFTA. This is why I consider this year to be a successful one for Georgia. If we observe the cases of other countries in case of Moldova, for example, the program was also successful: they have got visa-free agreement. Regarding Ukraine, I suppose we do not see the scenario we would like to see here, but for this country the EaP project is successful as well, as the country has announced about its desire for European perspective and now they manage to be persistent on their European perspective. The same is stated in the Riga Declaration.

Speaking of the reforms the Partnership is in need for, than the last Summit showed the differentiated approach towards each country. The Declaration says that every country has the right to choose its own desired dynamics of relations with the EU. I suppose, the countries that expressed their aspiration to become the EU members and signed Association Agreements, must follow the path to European integration, while the ones  that did not sign the Agreements should have the possibility to cooperate with the EU in a format convenient to them.

-To what expend were your expectations from the Riga Summit met and what became the major achievement from the Summit?

-First of all Georgia was expecting to receive a date for visa-free regime transition. This did not happen. Maybe the expectations were too high. We thought successful implementation of the first phase and positive results on the second phase of visa-free regime agreements would give us an opportunity to receive a date, starting from which our citizens would be able to travel to the EU without visas. However, the Declaration states that in November-December another monitoring mission will be conducted, which will assess the country’s progress results, after which visa liberalization might be possible. It will possibly be in the beginning of 2016.

Another important factor for Georgia is that the Declaration underlines territorial integrity of Georgia. This is an important fact so for Georgia as for other partners, which are under pressure till now. The Declaration called for Russia to keep the obligations it took when signing the August 2008 ceasefire agreement; the fact which should be considered important one. We expected a point in the Declaration on Georgia’s occupied territories, but that one was not present.

-In what direction do you think relations between Georgia and EU and Georgia and other Eastern Partners will move?

- Concerning the future relations with the EU, I think we must fulfill all the obligations before the EU and finish the second phase of the Visa Liberalization Agreement, so that our citizens receive an opportunity to enter the EU without visas. It’s a really important for Georgia. What refers to the rest, we must continue the implementation of  reforms on  DCFTA and Association Agreement. Other Eastern Partners, in my opinion will also follow this path and this may bring to closer relations not only between the EU and Georgia but also among the partners.

We must aim at the EU hand-in-hand and with joint efforts, which will give better result, than if it’s the struggle of Georgia, Moldova or Ukraine alone. These three countries have more perspectives to become a part of the European family at the moment, but I think Armenia, Azerbaijan and Belarus will also continue cooperation with the EU to some extent. At the same time in the framework of the Eastern Partnership bilateral and multilateral relations will continue between our countries.