Belarus Expected Nothing from the Riga Summit 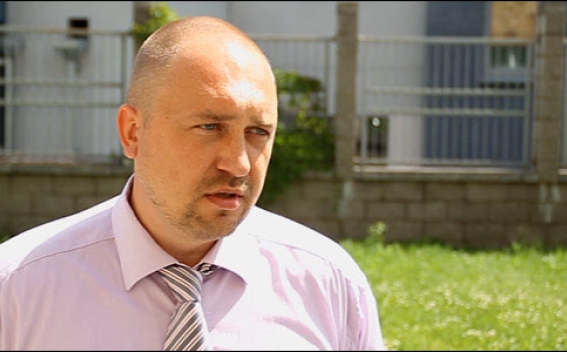 - At the current phase of the Eastern Partnership faced a major challenge, called differentiated interests. This is mainly because of the fact that today, six years after  six years of the EaP program started,  the governments of the EaP countries articulate their ambitions and expectations from the program in different ways. The principle of differentiation is likely to develop; the European Union will have to deal with the dilemma of on the one hand presenting differentiated approach to each partner countries and at the same time try to preserve the integrity of the program.

As for the development of the program, I can speak about it from the perspective of civil society. We expect certain reforms that will contribute to finding  an acceptable format to work with countries-outsiders. Unfortunately, Belarus, Armenia and Azerbaijan are now considered as outsiders of the project, rather than leaders.  Today, the way the program operates and the way it is organized, is acceptable for those countries which are considered to be leaders in this process. As for the countries whose governments do not voice  the will of Europeanization, the EU has no format to work with them, and with their societies. This is what civil society expects as a definition of innovation in the next phase of the Eastern Partnership.

- To what extend are your expectations from the Eastern Partnership summit in Riga justified? In your opinion, what was the most important achievement of the summit?

- It is necessary to say directly that Belarus expected particularly nothing related to its agenda from the Riga summit. In this regard, everything happened as it was expected. Belarus was represented by the Minister of Foreign Affairs. Once again  rhetorical statements about interest were articulated but any significant progress in the Belarus-EU relations is not expected until the fundamental issue of political prisoners is solved in our country. Recently, the tone of burying the Eastern Partnership is often heard. I think it's a counterproductive message; it deprives the pro-European forces in our countries from a certain possibility to operate the program. The death of the Eastern Partnership is not profitable for pro-European forces in Belarus. We will look for any  format of development this  program.

- How do you evaluate the declaration of the summit, and the reservations of the Belarusian side?

- I was once again struck by the miracles of political balancing that the participants of the summit demonstrated. In fact, the phrase about the annexation of the Crimea could not be absent from the text of the declaration. That would be immoral. At the same time, the way  the participants of the summit approached  the procedure of signing this point (under the very point only the EU countries signed, leaving room for maneuver for all the EaP countries) seems to me very proper way of dealing with this kind of texts. This is a very accurate decision.

Unfortunately, today we can speak about the results of the summit only at the level of declaration and it is not clear what this means for separate countries. On the other hand, it is clear that none of the countries remained fully satisfied with its results. On the contrary, in general they were dissatisfied, which is quite normal if one takes into consideration current geopolitical situation and current stage of EaP, in which we are now.

- After the summit what will be the vector for the development of the relations between  the EU and Belarus as well as Belarus and other EaP countries?

- In fact, the economic frame remains a priority for Belarus- any issues related to economic cooperation, investment, trade, but not in the form of an agreement, but  cooperation in free trade zone. Political issues, judicial reforms, the issue of political prisoners and any other norms  of the democratic nature, which are also included in the agenda of the EaP, are likely to be withdrawn to second or even to the third plan - it's not a surprise for us.

On the other hand, Belarus is not only the Belarusian government;  it is also the Belarusian society and other interest groups, such as business, civil society, cultural and academic circles.  And the circle of interests of these groups is much broader than the one demonstrated  today by Belarusian authorities. Therefore, the society will be much more interested in what happens at the level of business cooperation, and what we can expect at the level of people-to-people contacts

Though they constantly make us believe that there will be visa regime facilitation, during these two years, in the period  between the summits,  the progress is minimal. Now this card is used as a bargaining chip in the relations between Belarus and the EU.