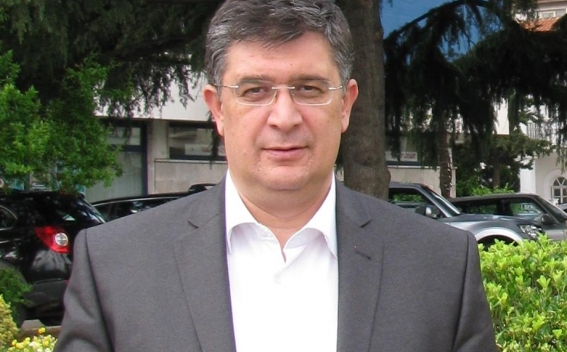 - How do you assess the present stage of Eastern Partnership policy and according to you what are the reforms the project should undergo?

- The Riga Summit proved  at least two things: first, the Eastern Partnership (EaP) has stopped being Polish and Swedish joint initiative and is from now on defined as policy of the EU. Not that it was not a part of the EU’s policy after Vilnius and before it, but during all that time a lot has changed: the Ukrainian resistance became militarily and political tougher, a whole bunch of sanctions were implemented against Russia, polish PM became head of the EU and got an opportunity to affect substantially the content of strategic decisions. This means that authors of the idea from now on possess the leverages, the efficiency of the implementation of which may be greater.

And if from the beginning the leading EU countries, Germany and France, did not demonstrate much interest in the Eastern Partnership, it seems that now they are showing signs of getting involved. Eastern Partnership acquires if not a long-term, then at least a mid-term policy content for Brussels, which is conditioned at least by Ukraine’s engagement in it and an opportunity to negotiate “side” issues with Russia.

The second thing revealed basically has the following logic: in spite of the fact that the Vilnius Summit accepted and stated that the EaP member countries  are in different realities not only by their reported dynamics in the process of European integration, but also by real political and inner developments, nevertheless the Riga Summit preserved the EaP as a joint format and mutual framework for the actions to be implemented with the countries involved in it. At the same time it proclaimed a mandate to demonstrate differentiated approach towards each of them.

The last fact mentioned is important:  to adopt an individual approach and to have the picture of each country’s needs to consequently act in accordance with the set action plans. This can actually bring a qualitative progress.

- To what expend were your expectations from the Riga Summit met and what became the major achievement of the Summit?

- Unlike the period before Vilnius, there were no unjustified expectations before the Riga. This is a result of the developments in the European part of post-Soviet territory. Even for the countries that are considered to be EaP leaders – Ukraine, Georgia, Moldova, Riga Summit not only did not become everything but also did not satisfy the major part of their initial expectations. Basically, Riga stated everything that was possible for the moment to exclude further tensions. The negotiations with Russia’s high-level officials before the Riga and agreements on certain issues recorded the consensus which was acceptable for that moment.

Thus, although the final Declaration had formulations criticizing Klemlin’s policy, even Angela Merkel considered it necessary to underline that the EaP is not an act against Russia. On the other hand, it must be remembered that in today’s fast-changing world no stereotypes exist and although the approaches of the parties had some common points in this phase, it is not that the future developments will not arise new corrections in them and will not bring to new situations  at the Summit  planned  2 years later.

Of course it would be desirable if new guidelines ,  substantiated by achievements, were gained for the EU-Armenia  future relations at the Riga Summit. However, if we do not give way to exaggerations then in the context of current global developments Armenia will receive what was supposed to get:  new mandate that will define the basis for the future negotiations and future work to be done.

- According to you to what direction  will  the relations between  EU-Armenia and  Armenia-EaP countries develop?

- For  Armenia EaP format is itself a prospect of opportunities. The fact that the differentiated approach was prioritized  is important. In this context the statement made by Angela Merkel, according to which the membership of Armenia to the EAEU is not an obstacle for the development of the relations between the EU and Armenia is also important. If one takes into consideration that  only two years ago the ambassador of Germany in Yerevan was an advocate of  exclusively “and-and” approach and that president of Poland, Bronisław Maria Komorowski, expressed similar approach, it should be noted that the situation  was also  analyzed on the basis of the facts that were ignored in the past in the European capitals.

Now Armenia has got an opportunity in case of real willingness to became an initiator for deep process of European integration in spite of its accession to the EAEU. If the process, that is not based on imitation, starts Armenia can present its real needs in detailed way and fasten  the realization of the “more-for-more”  approach.

European integration is a direction of Armenia’s foreign policy while EaP is the tool by the help of which the process will move. That is EaP is a method and not an aim.

The factor that EaP membership also had unfavorable developments for Armenia should not be ignored. From the perspective of economy and security Armenia, the most vulnerable member of EaP, was forced to face the well known developments that aimed at chiding Ukraine.  In this context the development of bilateral relations becomes of higher priority.

Just two months ago on the 100th anniversary of the Armenian Genocide presidents of both France and Germany were present in Armenia to express their sympathy and assistance to the Armenian people.

This is an important asset on the path to European integration to make a real progress in the development of bilateral relations, that would also include political, economic, cultural and security components.

Not to face unfavorable realities again, Yerevan, clearly and unshakable stating its affiliation to Europe, at least for now should not participate in any geopolitical development that can have contradicting issues instead only documenting  and demonstrating mostly its economic, security interests. Even temporary regression of Armenia, for the issues that do not exist, is a senseless lavishness.  It is senseless to overload Armenia’s process of European integration with the accompaniment of  Aliyev’s Azerbaijan and Lukashenko’s Belarus or with still vital Ukrainian bundle. In case this path passes through EaP then Armenia should find the way that leads to the solutions of the problems via assessment of its real needs.

In case of real desire for European integration, Yerevan has concrete tasks: to intensely work with Brussels in EaP framework, to seek new quality of bilateral relations with Paris and Berlin as well as with other European capitals, that found it expedient in today’s political reality to voice their sympathy to Armenia, to periodically have consultations with Russia to avoid new expression of the previous experience, and if initiators of EaP, Warsaw or Stockholm, who were not present in the Tsitsernakaberd at the expected level, demonstrate  willingness to of individual assitance, accept the offer with pleasure as the basis of negotiations.