Fall of Turkish Lira Conditioned by the Uncertainty in the Country 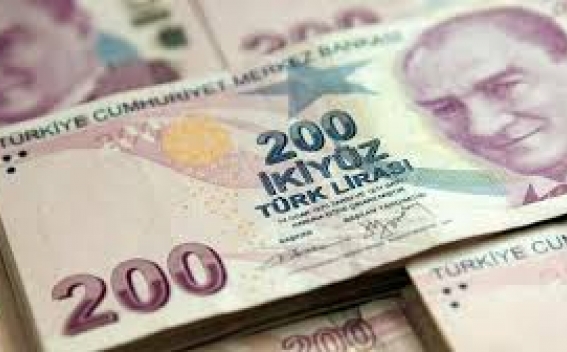 Since yesterday the discussions on the fall of Turkish lira has gained a new momentum. In Istanbul lira's exchange rate against the US dollar has recorded a decline of about 5 percent.

However, it should be mentioned that fall of lira has been recorded even before the general elections in Turkey. The assessments of the experts are mainly connected with the elections in the country, which were unprecedented both in terms of the incidents that took place during the election campaign and also in terms of the recorded results. The ruling AK party this year was not able to preserve the majority in the parliament, which it was holding for 13 years.

It is natural that this kind of change in the country's political field should have its consequences, particularly, contributing to the increase of uncertainty in the country. Uncertainty is the number one enemy of economic management. The main carrier of the results of uncertainty, the caused risk and sharp changes becomes the national currency exchange rate.

It is obvious that even before the elections one could notice these negative phenomena and after the elections, when it became obvious that, it seems, no coalition will be formed and the possibility for new round of elections is quite high, we witnessed a record fall of lira against dollar.

So what is the reason of the negative impact of destabilized political field on the exchange rate? In fact, the answer is lies in the trust of business-entities and those entities working with foreign capital. When business-entity invests its capital in an economic environment where there are clear rules and regulations, rules of the game of the economic management, this is another thing, but when there is a complete change of the environment, then we witness drop in confidence towards the economy, freezing of business deals until the stabilization of the situation. And now when the AK party, which for 13 years has been a majority, is not the same any more, this, most probably, will change the rules of game in the country, of business as well. Hence this is the main reason of the fall of lira.

It should be mentioned that this kind of fall of lira is a short-term change. The Central Bank of the country will make all the necessary interventions to strengthen Turkish lira. It would also not be wrong to mention that this stability will also be short-term. This will be followed by steady and slow decline of lira exchange rate. This is already the long-term effect conditioned by the upcoming changes, which are unavoidable taking into consideration the newly formed political situation and the level mistrust of the international community towards Turkey, which is growing every day. Turkey has "earned" this mistrust by its official critical statements and by calling back its ambassadors.