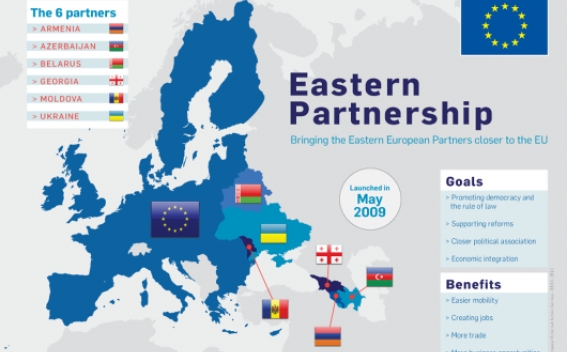 In Minsk the 5th round of informal meeting of the foreign ministers of the EaP countries ended. After the Riga Summit this is the first meeting of the EaP countries on the level of foreign ministers. The main value of this meeting is that the EaP countries reiterated their commitment to the main points included in the final document of Riga Summit. In Minsk, the importance of differentiated approach towards each EaP country was stressed. At the same time, the majority of participants were in favor of preserving and strengthening the multilateral format of the EaP as a unifying factor and an important tool to enhance regional cooperation, belta.by reports.

It should be mentioned that during the informal meeting the participants discussed not only those questions, earlier included in the Riga document, but also some new and constructive suggestions were made. In this context, the suggestion of Belarus is very important. The Minister of Foreign Affairs of Belarus Vladimir Makei suggested providing a platform for dialogue on EU-EEU common economic space.

"The dialogue between the EU and the emerging EEC is important for the harmonization of the two key integration processes and for the formation, when it will be possible, of a common economic space," Makei said, Mir24 reports.

After Armenia decided to join the EEU, it has many times declared that the EU and the EEU does not contradict each other and Armenia’s joining to the EEU should not be seen as a sign of retreating from its commitments towards the EU. At that time the EU did not want to see that reality. However, as the time went on, Armenia proved that it conducts "and…and" politics and the deepening of the relations with the EU, including an economic one, is one of the foreign policy priorities of Armenia.

In this context Makei’s announcement once again reminded that if there is a political will, it is not difficult to find ways of cooperation between the two unions. The only thing that is needed is constructive suggestions and creative approaches, which would let overcome the existing problems and not concentrate on them.

As for Armenia, the RA Minister of Foreign Affairs Edward Nalbandian in the informal meeting of the foreign ministers of the EaP countries in Minsk once again declared that Armenia enjoys a comprehensive partnership with the European Union, stressing: "We want to make best use of our participation in the Eurasian Economic Union and at the same time generate greater synergy with the European Union," the press service of the RA MFA reports. He also mentioned that for even more deepening the cooperation with the EU and for signing a document, Armenia needs a mandate, which is being negotiated with the EU Member States. It should be reminded that in an exclusive interview with "Armedia" IAA Spokesperson for EU Foreign Affairs, Maja Kocijancic declared that the EU side is ready to enter into negotiations once the mandate is approved by its Member States. Though it is expected that the process of the negotiations will be quick, taking into consideration the joint comprehensive work done, it is important that reasonable timeframe for completing the negotiations is included in the mandate.

Of course, each summit or this kind of meetings, as was held in Minsk, are usually having destructive elements as well. This time such a destructive element was the absence of Azerbaijan’s Foreign Minister Elmar Mammadyarov. As haqqin.az informs, Azerbaijan was presented in the meeting by Deputy Minister Mahmud Mammed-Guliyev. Azerbaijan’s this kind of behavior once again shows the destructive politics of the country not only in the region, but already in the EaP format. Most probably Mammadyarov’s absence is another blackmailing, with which it wants to show its dissatisfaction with the outcome of the Riga summit document, under which Azerbaijan for a long time did not want to sign ...