Co-Presidents of the Euronest on Azerbaijan Decision to Withdraw 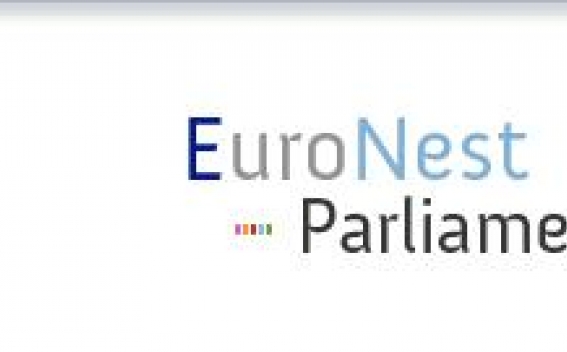 Deep regret at the decision of the Azerbaijan Parliament (Milli Majlis) to start withdrawal procedure from the parliamentary cooperation uniting MEPs and Members of the Eastern neighbourhood parliaments (“Euronest”) was voiced on Wednesday by Co-Presidents of the Euronest MEP Heidi Hautala (Greens/EFA, FI) and Victor Dolidze from Georgian parliament. However, both Co-Presidents stress in their statement their “availability to openly discuss the situation” with the Milli Majlis.

Read below the full statement by the Co-Presidents on the communicated intent of Milli Majlis to start the procedure leading to a withdrawal of Azerbaijan from the Euronest Parliamentary Assembly:

As soon as the Azerbaijani Milli Majlis will formally notify both Co-Presidents, the Bureau of the Euronest PA will take stock of these developments in order to propose the appropriate measures ensuring the continuation of smooth functioning of the Euronest PA.

The Euronest PA, indeed, remains the multilateral parliamentary dimension of the Eastern Partnership. As such, it will continue to function, in a spirit of integration and openness, in order to promote the necessary conditions to accelerate political and economic integration between the European Union and the Eastern European Partners.

Participation in the Euronest PA remains, first and foremost, the voluntary and sovereign choice of each concerned Eastern Partner which fulfils the criteria; in this sense, we take note of and respect the decision of the Azerbaijani Milli Majlis to withdraw. However, we believe that this development is unfortunate, and will also prevent Milli Majlis Members from speaking their voice in joint parliamentary proceedings of evident importance for the region.

The Constituent Act of the Euronest Parliamentary Assembly provides for a year's notice before any withdrawal becomes effective: within this period, we reiterate our availability to openly discuss the situation with the Milli Majlis.