MYSQL ERROR: [1064]You have an error in your SQL syntax; check the manual that corresponds to your MariaDB server version for the right syntax to use near '' at line 1 The US Explained Why it Refused to Accept the Delegation Headed by Medvedev
YEREVAN C°
RA CB: 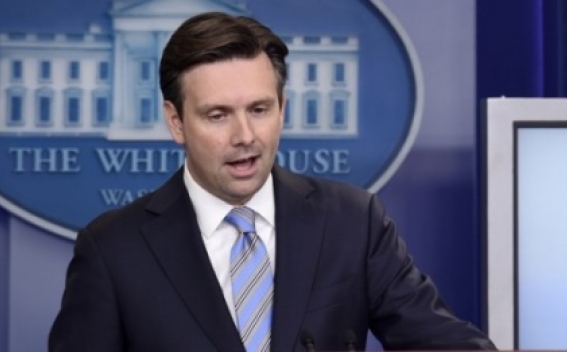 The American administration did not see the need for contacts with the delegation led by Prime Minister Dmitry Medvedev, as it does not believe that Russia is making a constructive contribution to the fight against extremists of IS. This was announced by White House spokesman Josh Ernest, Interfax reports.

"The stated goal of this delegation, which was announced by Vladimir Putin, was to promote military cooperation, coordination between the US and Russia. To be honest, we said that we are not interested in this as long as Russia does not seek to make a constructive contribution in our efforts to fight against the IS," he said at a briefing in Washington.

"Russia has its own plans. These plans it performs now alone," he added.