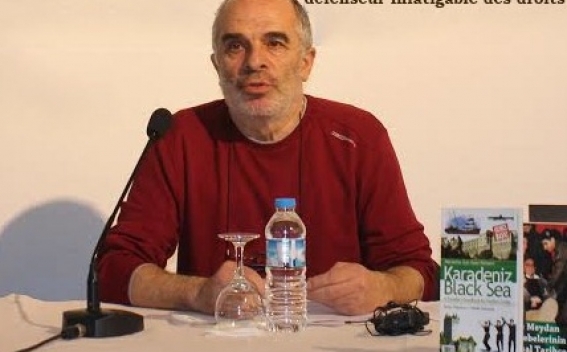 - How will you assess pre-election political situation in Turkey? What will you add on public moods observed these days?

- November 1 snap elections can be called Erdogan’s "battle for survival". The pre-election public polls show that the results of June 7 elections are not going to change.

June 7 elections eradicated the excitement for forming new presidential system and for political revolution  (the one like Fuhi-coup*) revealing the collapse of Erdogan and his party (AKP); the reality which will be confirmed by November 1 elections. Nothing new is going to happen.

This is the reason why number one priority today for Erdogan is to keep present electorate. If HDP, which took the votes from AKP during June 7 elections, this time again increases its votes, it will be fatal and deadly for Erdogan.

In the present strained and military situation, Erdogan’s party can get votes from nationalists, which however will be hard to achieve.  For at least 60 percent of Turkish society Erdogan’s reputation went down to zero.

Erdogan’s strategy today is to defeat his opponents. Like it was in case of previous elections, this time again nationalist  parties will support each other against Erdogan. It will be additional blow for AKP which strives for each single vote.

Of course Erdogan’s victory will be possible only in case of election frauds and organized robbery of votes.

Majority of the population resists the chantage by Erdogan and is party. As a result of both Gezi park protests and June 7 elections Erdogan was defeated. Erdogan’s opponents have gained psychological advantage.

The revealed case of corruption in December of 2014 confused Erdogan, but could not cause his fury like it was the case after Gezi park protests.

In any other country of the world such kind of revelation will result in total destruction of the government. In Turkey, however, the violence of Erdogan’s government still continues.

Fascism, nationalism and regression is not alien to the society formed and established on the bases and as a result of Genocide and mass robbery. The problems  nowadays in Turkey are deeply connected to 1915 Genocide.

- The cases of human right violations and pressure against media in Turkey have been often voiced recently. How serious are they and how they will affect on the elections?

- Human right violations are not issue of great concern for middle class, as a civic consciousness is very low in Turkey.  I wish they could affect the elections, because in that case it would be possible to have prefect atmosphere.

The slaughter in Ankara on October 10 was the pick of growing massacres as a result of which 100 people died. In 2004, as a result of train accident, 200 people were killed in Madrid, after which Prime Minister of the country José María Alfredo Aznar López disappeared from the political arena. It was quite possible to expect such kind of developments in Turkey, however the civic consciousness is different in Turkey and in Spain, and it is hard to caught  Spain in this sense.

How can one explain the fact that the organizers of these slaughters not only do not take any responsibility for their actions but also easily speak about them as another incident or something that have not happened.

- Is it possible for Turkey to face the same situation as it was in case of the  previous elections, when it was not possible to form a coalition?

The West wants Erdogan to step down in a democratic way. The talks about possible fifth party are a demonstration of this as long as that party will be formed by a group derived from AKP.

If no coalition is formed and Erdogan does not step down in a democratic way, the option of Egypt’s Al-Sisi will be only left.

* Alberto Fujimori (Fujimori), President of Peru from 1990 to 2000 years. He is known for self-initiated "coup" (so-called "Fuhi-coup") on 5 April of  1992, which aimed at overthrowing the government to expand his own powers. In November of 1992, after Congress was dissolved, Fujimori held new elections and gained majority of votes. Thus, Fujimori got unlimited authoritarian power and conducted a referendum in October of 1993 on the new Constitution aiming at substantially expanding the powers of the president (note added by "Armedia" IAA  ).