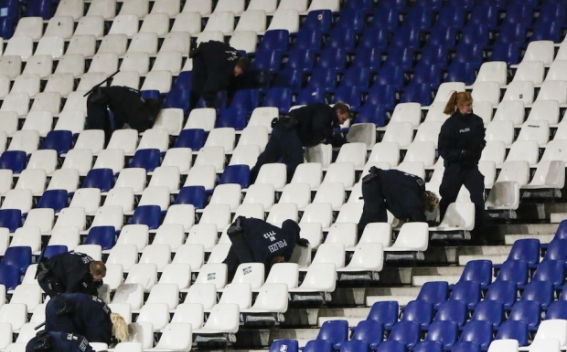 Germany and the Netherlands were supposed to play a soccer match in Hannover on November 17, but it was called off about 90 minutes before kickoff after police found a suspicious object inside the stadium, which was evacuated, Washington Post reports.

“Were redirected by police on out way to the stadium and are in a safe place. Please understand that we can’t say anymore at this point,” Jens Grittner, spokesman for the German national team, said in a tweet.

Germany Chancellor Angela Merkel was expected to attend the game, according to reports, “as a signal that Germany wouldn’t bow to terrorism in the wake of the Paris attacks,” the AP reports.