Woman Suicide Bomber Blows Herself Up in Dramatic Gunfight at Paris 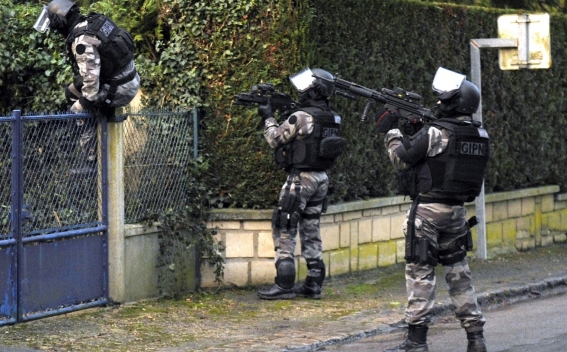 A female terrorist wearing a suicide vest has blown herself up and another jihadi is dead as more than 100 police and soldiers were today involved in a gunfight with up to six suspected Paris terrorists including the mastermind behind Friday's massacres, - The Daily Mail reports.

SWAT teams and special forces have surrounded an apartment in the Parisian suburb of Saint-Denis - close to the Stade de France - in a siege that started at 4.30am this morning.

French media are reporting the architect of the plan that killed 129 people, Abdelhamid Abaaoud, 27, is alive and inside the flat - until now it was thought he was in Syria orchestrating the Paris attacks from ISIS capital Raqqa.