2015 and the Economies of the Countries in the Region 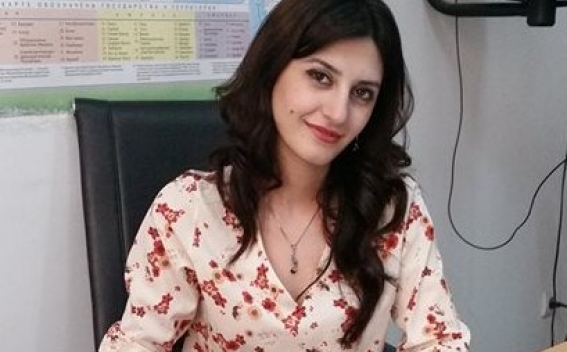 Summing up 2015, let's see what kind of year it was for the countries of our region in economic terms.

Georgian National Statistics Service data indicate that 2015 can be generally characterized with a high level of losses. This is evidenced particularly by the negative difference which is recorded in trade and finance market, especially foreign investments.

According to data released by the Statistical Office of Georgia, in  January-November of 2015 the foreign trade turnover decreased by 14%, the volume of foreign investments by 33%, while sales of light vehicles by 58% respectively. In 2015 the country was also characterized by reducing the external revenue streams and the devaluation of the national currency lari.

Estimates of international rating agencies and supranational institutions also talk about a poor situation in Georgian economy. For example, the International Monetary Fund (IMF) forecast that this year the Georgian economy will continue operating in difficult conditions. According to IMF estimates, this situation is because of the negative factors coming from its main trading partner countries. It concerns Russia, Azerbaijan, Turkey, Armenia and other partner countries.

At the same time, it should be noted that the Georgian economy has shown a large capacity to face the situation in 2015. In this context, the country's economic growth was 2.5%, which was higher than earlier expectations. International rating agencies such as S & P and Moody's, predict an economic growth of around 2% for Georgia in 2016.

According to the data of statistical agencies of Azerbaijan, the economic growth of 2015 was 3.1%. However, the year was very unfavorable for Azerbaijan's economy, which was the main reason for the significant drop in oil prices.

In August 2015 it became known that Azerbaijan's state oil company reduced the assets by 35 billion 783.3 million US dollars. At that time, the reduction of the company's assets, according to Interfax.az, was due to the fall in world oil prices. And the 70% of the company’s spending goes to the state budget. In other words, the company is the main source of Azerbaijan's state budget after the tax and customs service.

Besides, on December 21, Azerbaijani manat drastically devaluated, resulting in the closure of many commercial outlets and pharmacies.

Many experts believe that the negative trends recorded in Azerbaijani economy at the end 2016 will also continue in early 2016.

2015 was a controversial year for Armenia. At the beginning of the year and the first few months the economy continued to feel the effects of the previous year’s significant decline in the ruble exchange rate and the rise in the dollar exchange rate. The exchange rate crisis was expressed most sharply in connection with the Eurasian Economic Union.

As 2015 marked the Centennial of the Armenian Genocide, a slight increase in late March was recorded in the Armenian economy, with the revival of tourism industry. This sector registered a boom in summer, due to two factors: the summer tourist season and the pan-Armenian games that were unprecedented in terms of participation rates.

Fortunately, the weather conditions were very favorable for agriculture this year. That’s why in the second half of the year it was notable that in 2015 the economy will record an economic growth. According to various estimates, growth was projected within 2.5-3 percent range, but in the fourth quarter due to the problems of agricultural products sale, that number turned out to be smaller.

According to the statistics of the Medium-Term Expenditure Framework 2016-18 (MTEF), in 2015 the GDP growth was one percent. Meanwhile, as expected, the highest growth rates were in agriculture, 4.6%. Negative growth is notable in the construction sector, -0.6%.

Even the analyses of initial and final predictions of the international institutions make it clear that the above-mentioned factors brought some changes in our economy of 2015. The prior forecast of the International Monetary Fund (IMF), for example, was 0% economic growth with a slightly positive displacement. Then the organization reviewed its forecast predicting 2.5% economic growth. The European Bank for Reconstruction and Development (EBRD) had its initial forecast of 1.5% economic growth, which was replaced by 1-3% economic growth after reviewing the bank's forecast.

To conclude, it is only to be noted that it was a difficult year for Armenia as a result of the negative impulses coming from the part of global changes, as well as the deteriorating of its main partner’s - Russian economy. It is also natural that the economic growth registered in these conditions would not affect the ordinary citizens' pockets. We can only hope that 2016 will be slightly more favorable.