Coronavirus Could Cause Crash on Scale of 2008, Lagarde Warns 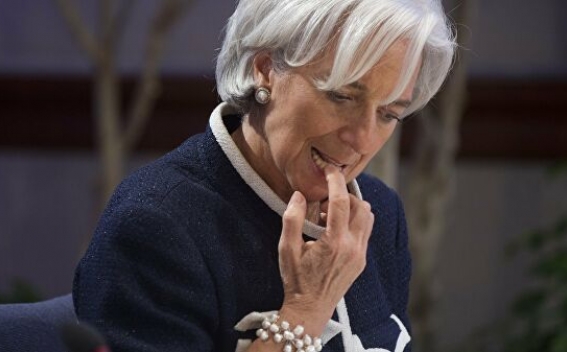 The president of the European Central Bank has warned that the coronavirus outbreak will spark an economic downturn in Europe similar to the 2008 financial crash unless EU governments provide financial support for their economies.

Christine Lagarde held a call with EU leaders on Tuesday night to urge them to take action and raise spending in order to counter the economic effects of Covid-19, a source with knowledge of the matter told Bloomberg.

The eurozone’s central bank boss reportedly added that Europe would otherwise be at risk of a "scenario that will remind many of us of the 2008 Great Financial Crisis". Lagarde said the ECB was considering all of its options before its meeting on Thursday, when it is widely expected to cut interest rates and expand its quantitative easing programme, according to Bloomberg.

Advertisement
Those options include monetary stimulus tools that would provide "super-cheap" funding for banks to make sure loans are readily available across the bloc and that cash continues to flow through the EU economy, The Guardian reports.

However, she warned that the policy tools would only work if they had full backing from EU governments. She said leaders needed to ensure banks continued lending to businesses affected by the virus outbreak, and ramp up their own fiscal stimulus measures. Lagarde added that the economic shock could be temporary if met with the right response.

The ECB president reportedly commended the actions of some countries but said more needed to be done. She said the damage was likely to spread to other countries and that without bold action, leaders were increasing the risk of "the collapse of part of your economies".

The Bank of England announced an emergency interest rate cut on Wednesday morning in response to the coronavirus threat.

The UK’s central bank also unveiled a term funding scheme that could provide more than £100bn worth of cheap loans to companies, including small and medium-sized businesses, which are struggling to cope with the impact of the outbreak.