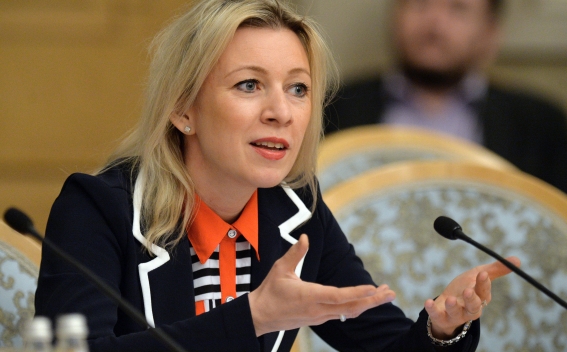 Russian Foreign Ministry spokeswoman Maria Zakharova told the Turkish foreign minister was invited to a meeting of the Black Sea Economic Cooperation foreign ministers in Sochi in keeping with Russia’s obligations as the organization’s president.

As TASS reports, Zakharova mentioned that all foreign ministers from the member-countries and the participating observers were invited to the BSEC meeting of foreign ministers due in Sochi on July 1. She also stressed the point, that "it is strange that just one personality of all those invited has been picked out.

Commenting on the invitation that was dispatched to the Turkish foreign minister Zakharova said that "it was our duty."

Zakharova pointed out that Russia was very scrupulous about its obligations.