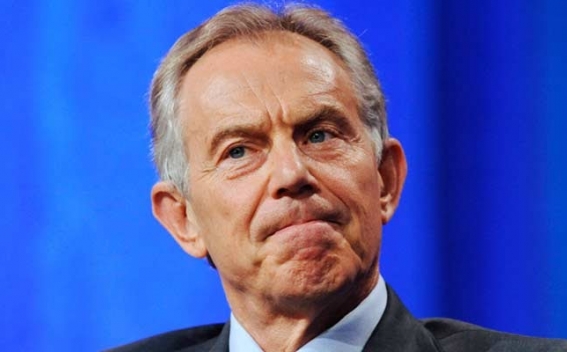 The official inquiry into the 2003 Iraqi war made a number of criticisms of Tony Blair's government.

Sir John Chilcot's report, published on Wednesday, said it overstated the threat posed by Saddam Hussein, sent ill-prepared troops into battle and had "wholly inadequate" plans for the aftermath.

Chairman Sir John Chilcot said the 2003 invasion was not the "last resort" action presented to MPs and the public, The Independent writes.

''It is now clear that policy on Iraq was made on the basis of flawed intelligence and assessments. They were not challenged, and they should have been,'' Sir John said, as he presented the conclusions of his long-awaited report.

The report, which took more than five years to compile, fills 12 thick volumes, and a 150 page executive summary.

Sir John also concluded that far from strengthening the UN, the US and UK are guilty of weakening it.

''In the absence of a majority in support of military action, we consider that the UK was, in fact, undermining the Security Council’s authority,'' he said.

He added; ''The inquiry has not expressed a view on whether military action was legal. That could, of course, only be resolved by a properly constituted and internationally recognised court.

''We have however concluded that the circumstances in which it was decided that there was a legal basis for UK military action were far from satisfactory.''

Mr Blair apologised for any mistakes made but not the decision to go to war, BBC reported.

"I can regret the mistakes and I can regret many things about it but I genuinely believe, not just that we acted out of good motives, and I did what I did out of good faith, but I sincerely believe that we would be in a worse position if we hadn't acted that way. I may be completely wrong about that."

He said he felt sorrow and regret beyond what "people may ever know" at the loss of life.

''There will not be a day of my life where I do not relive and rethink what happened,'' Mr. Blair said. ''People ask me why I spend so much time in the Middle East today. This is why. This is why I work on Middle East peace.''

Prime Minister David Cameron, who voted for war in 2003, told MPs it was important to "really learn the lessons for the future" and to improve the workings of government and how it treats legal advice.

Labour leader Jeremy Corbyn - who voted against military action - apologised on behalf of the party.

He said the report proved the Iraq War had been an "act of military aggression launched on a false pretext", something he said which has "long been regarded as illegal by the overwhelming weight of international opinion".

It shpuld be recalled that the results of the war have haunted Iraq, the United States and Britain ever since: more than 200 British dead, including 179 soldiers, at least 4,500 American dead and more than 150,000 Iraqi dead, most of them civilians, as sectarian warfare, terrorist groups and actors like Iran have filled the vacuum left by Mr. Hussein.

There must now be a consideration of what political or legal consequences are appropriate for those responsible for this war, including then Prime-Minister Blair.

In a statement, the SNP politician Alex Salmond said legal action against Blair must be considered: "In the days, weeks and months ahead, the intimate detail of this report will only implicate further a former Prime Minister who recklessly committed the country to war without collective judgement, and personally failed to ensure there was a plan for delivering a future for the people of Iraq. After such carnage, people will ask inevitable questions of was conflict inevitable and worthwhile? The answer from Chilcot is undoubtedly no. And who is responsible? The answer is undoubtedly Tony Blair. ''