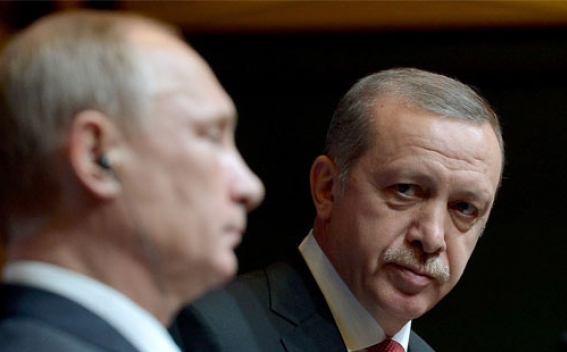 According to the statement, Putin and Erdogan also confirmed their upcoming meeting at the World Energy Congress in Istanbul, and reaffirmed mutual desire to restore bilateral economic ties as well as to implement the Turkish Stream and the Akkuyu NPP construction projects.

"The sides emphasized the need to step up international efforts aimed at facilitating peaceful political process in Syria, as well as creating favorable conditions…for resolving urgent humanitarian issues in the country," the press service said in a statement.