The Winning "Georgian Dream" will have Less Constraints in Its Foreign Politics: Narek Minasyan 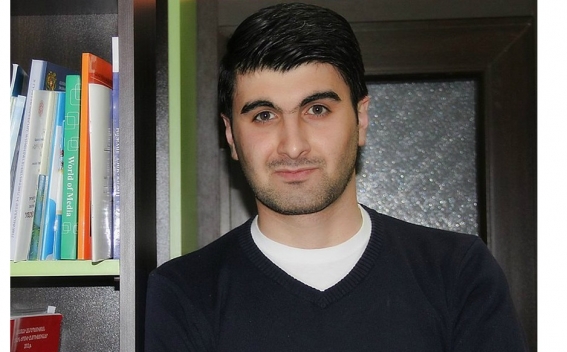 "Armedia" IAA presents an exclusive interview with an expert at "Insight" Analytical Center for Applied Policy and Research, political scientist Narek Minasyan on the Parliamentary elections of Georgia held on October 8.

- Georgian CEC has finalized the 100% of the votes in the elections. How would you assess the October 8 parliamentary elections in Georgia?

- Georgia's parliamentary elections were held in a tense and strained atmosphere. As we already know, as a result of the elections under the proportional system three parties passed to the parliament - the Georgian Dream (48.65%), the United National Movement Party (27.12%) and the opposition bloc Alliance of Patriots of Georgia (5%). As for the majoritarian system (73 seats), the fate of about 50 seats is still uncertain, and a second round of elections should be held to determine the winning candidates.

In some polling stations in Georgia numerous violations were recorded during the voting process, even polling stations were destroyed (for example Azerbaijani-inhabited Marneuli region). Despite this, the international observers generally assessed the elections as legitimate and democratic, despite describing them as "not ideal." In contrast to the assessment of international observers, the local observers’ assessments of the elections were relatively more negative. However, the violations will in no way affect the outcome of the elections.

As for the opposition, some parties have already accepted the results. But the main opposition United National Movement Party seems to be unhappy. The party leadership has already announced that it is developing an action plan, but it is not yet clear in which direction the process will proceed. Most probably, 2 main options are being considered - short-term, when the United National Movement will try to go to the revolutionary upheavals, and long term, while taking advantage of the fundamental and systemic "monopoly" of the opposition in the next 5 years, it will try to strengthen its positions at the expense of government’s failures.

- Georgian Dream was able to preserve its power. Should we expect serious changes in the domestic politics?

- When talking about possible changes, one should focus on two important factors: first, there is a possibility that after the second round of elections in some majoritarian constituencies Georgian Dream will be able to get a constitutional majority in the parliament, that is, 113 of 150 seats in the Parliament. Furthermore, unlike the 2012 parliamentary elections, where the Georgian Dream coalition was made up of 6 parties, during these elections Georgian Dream did not resort to such a step. This means that in 2016-2020 the authorities, when developing domestic and foreign policy of the country will not be bound by any coalition partner preferences and initiatives demanding great responsibility.

In addition, the constitutional majority of the ruling Georgian Dream will give it an opportunity to make two important changes – amendments in the Electoral Code (ensuring transition from mixed to 100% proportional election system) and constitutional reforms, the main task of which will be to reduce the powers of the president and instead give the prime minister wider powers. Perhaps, these are the main priorities the Georgian Dream will try to carry out.

- Will the Parliamentary elections in any way influence the Armenian-Georgian relations?

- First of all I should mention that three Armenian deputies passed to the Georgian parliament (and 4 of Azerbaijani origin), who represent the Georgian Dream party. The presence of the Armenian MPs in the Georgian Parliament is very important for the community to raise issues related to Armenia and also in terms of countering Azeri parliamentarians. As for the Armenian-Georgian relations, these elections will not have a significant impact on bilateral relations. The development of bilateral relations is conditioned by consistent work of the sides. It should be noted that the recent dialogue between Armenia and the Georgian government has been quite successful, and the maintenance of power by the Georgian Dream gives at least basis to believe that it will continue. On the other hand, as I mentioned, the Georgian Dream has an opportunity to carry out foreign policy without any constraints and in this context one of the most important aspects is the normalization of Georgian-Russian relations, which indirectly will also have a positive impact for Armenia.