The Russian Ambassador to Turkey Died After Being Attacked (VIDEO) 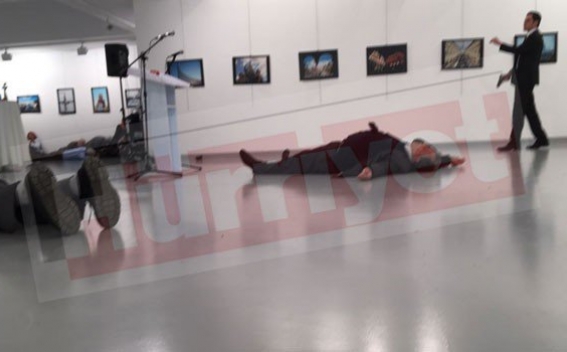 The Russian ambassador to Ankara has been shot dead after being attacked in an art gallery in the city Independent reports citing to Russia's foreign ministry has said.

His assailant has also been killed, according to local media citing police sources.

Ambassador Karlov was making a speech at a photo exhibit in the capital sponsored by the embassy when he was shot in the back. Three other people were reportedly hurt.

"Today in Ankara as a result of an attack, the ambassador of the Russian Federation to Turkey, Andrey Gennadyevich Karlov, received a wound from which he died. We regard this as a terrorist act," said Russian Foreign Ministry spokeswoman Maria Zakharova.

According to local media, the gunman shouted "We die in Aleppo, you die here" and "don't forget Aleppo, Syria," during the attack.