Military Actions Resumed in Eastern Ukraine: Who Is Interested in It? 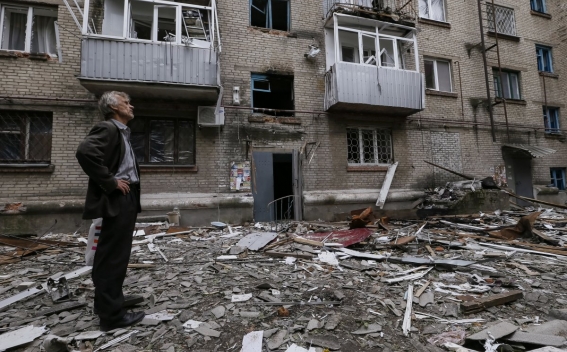 The UN Security Council expressed concerns over the deteriorating situation in eastern Ukraine, calling for an immediate restoration of ceasefire. The statement condemned the use of weapons along the Line of Contact in the Donetsk region, which are prohibited by Minsk agreements and which lead to deaths and injuries among the civilians, RIA Novosti reports.

Since January 29 the military actions resumed in eastern Ukraine, in particular in Avdeevka in Donetsk, which is under control of Ukraine, and  the adjoining residential area. Both sides blame each other for starting the hostilities. It is reported that there is a risk of a humanitarian crisis in Avdeevka as the city remained under -20 degrees without electricity and heating.

Now the experts find it difficult to give a clear assessment to what is going in eastern Ukraine. The military actions in Avdeevka were quite a surprise for many, because the city is of great economic significance for Ukraine, as well as for separatists: there is the coke processing factory here, to which the raw material is supplied by the self-proclaimed Donetsk People's Republic, and the products of which are supplied to Ukrainian metallurgical factories.

Analysts believe that the resumption of hostilities is not an end in itself, and each has its own interests here. In particular, starting military actions in Avdeevka the DPR is trying to maintain its control over Debaltsevo which in case of the full implementation of the Minsk agreements should remain under Ukrainian control.

And while the international community and particularly the United States, the UK and the European Union calls on the parties of the conflict to restore the cease-fire, the number of victims on both sides, including among the civilians is growing.