The US-Iran Tension Will Not Influence Iran-Armenia Relations: Expert on Iran (EXCLUSIVE) 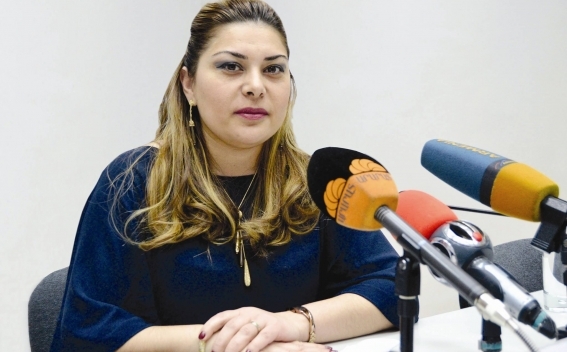 "Armedia" IAA presents an exclusive interview with an expert on Iran Gohar Iskandaryan on the recent tense relations between the US and Iran.

- In the recent days, the US President Trump made harsh statements against Iran. He even imposed new sanctions against that country. What is the reaction of Iran? Will it lead to any further escalation of the situation, which will lead to breaking the nuclear deal?

- We can see that Trump, who, before being elected as US president made tough statements on Iran and now he just carries out his campaign promises.

We see that the sanctions were quite extended and new faces were included in the black list, who cannot enter the country. It was even reported that Iranian citizens who have green cards, were not allowed to cross the United States border either. That is there is indeed some tension. And not only Zarif, Irani Minister of Foreign Affairs reacted to it stating that "By closing the borders, you are contributing to the growth of terrorists", but also President Rohani reacted, stating that "the 21st century is not the time of closed borders.’’ It was also noted that if he US continues this way, the agreement on the nuclear deal reached in Vienna would be under threat.

However, it should be noted that the United States, headed by Trump, in fact have a very pessimistic approach about this transaction. According toTrump, the United States did not get the desired agreement, which could have been obtained as a result of negotiations.

-What influence will the new escalation of the Iran-West relations have on Armenia?

- A number of European countries do not share Trump’s policy at all. In other words, we are talking only about US relations with Iran. It should be stated that the two countries did not even have diplomatic relations for a long time and Iran has always been under US sanctions. And the expectations that existed at the time of the negotiations in Vienna, are no longer realistic, as Trump has a very strict policy.

In connection with this it is hard to say what will happen next, but it is an obvious fact that Armenia was better cooperating with Iran, when it was in isolation. In other words, I think that the tense relations between the United States and Iran will not affect the Armenian-Iranian relations. At the same time, Armenia should do everything in order to expand trade with Iran.