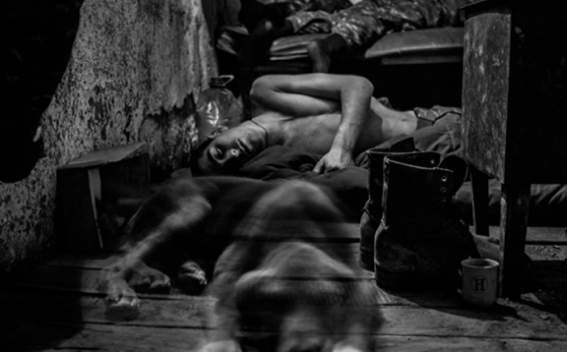 Aurora Humanitarian Initiative organized the photo exhibition "Capturing Humanity" at Dalan Art Gallery in Yerevan on May 16, where a selection of the photos submitted for the Aurora Photo Exhibition are displayed, Asbarez reports.

At the opening of the exhibition, the Initiative announced the winners of the Aurora Photo and Short Film Competitions.

John Stanmeyer, the chairperson of the Aurora Photo Competition jury, referring to the photos presented, noted:

"Provoking, compassionate and impassioned, the images submitted for the first Aurora Photo Contest were compelling. Thought provoking. Having judged many contests over the years, the caliber and quality of the photography submitted was stellar for an award that recognizes issues of acute importance to all of us around the world," said John Stanmeyer, the chairperson of the Aurora Photo Competition jury.

Aurora Humanitarian Initiative awards US $2,500 to the photographer of the best image. Second and third places receive awards of US $1,500 and US $1,000 respectively.