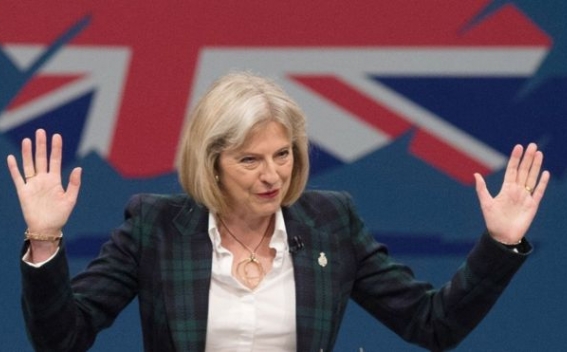 British Prime Minister Teresa May and DUP reached an agreement on forming a coalition. However, due to a fire in a residential building in London, no statement will be made. As the BBC reports, referring to the sources of DUP, both sides were close to reach an agreement. But after the fire that raged today in London, any announcement would be "inappropriate" and negotiations will continue next week.

The DUP source reported that British Prime Minister Teresa May and DUP leader Arlin Foster are now completing the "terms and conditions" of the agreement. Conservatives are forced to rely on the support of 10 DUP deputies after they lost eight seats in the general elections. This means that Teresa May will remain the Prime Minister of the UK, and DUP deputies will play a central role in the survival of the administration of the Conservative Party.

May's Conservative Party, despite winning the June 8 elections, lost its majority in the Parliament and plans to join the coalition with the Northern Ireland Democratic Unionist party. The Prime Minister has already received permission from Queen Elizabeth II to begin the process of forming a new Government.

And while the Prime Minister is trying to form a new government, many argue that Theresa May should retire after the catastrophic results of the elections she initiated. This opinion is shared by half of the British, and by the majority of the members of the Conservative Party. Nevertheless, British Foreign Secretary Boris Johnson called on his parliamentary colleagues from the Conservative Party to show loyalty to Prime Minister Teresa May.

Conservatives received in the early parliamentary elections on June 8 only 318 mandates - 12 less than they had in the previous parliament, and 8 less than necessary for the absolute majority.

As a result, the elections that Premier Teresa May initiated to strengthen the party's positions and her own personalities turned into a "hung parliament" and the need to form a coalition, while the prime minister herself is now trying to keep the post, Ria.ru reports.

Interestingly, prior to the election, the data of all public opinion polls testified to the confident victory of the conservatives. Teresa May and her supporters hoped on this result.

According to many experts, the outcome of the parliamentary elections in Britain has become a "personal failure" of May and may lead to a delay in negotiations on Brexit. European Commissioner for Budget Günter Oettinger has already stated that negotiations with Britain on its exit from the EU may not start on time, because of the outcome of the elections in the United Kingdom, The Korrespondent reports. He also added that the schedule of negotiations is very tight and is calculated until March 2019, but in autumn 2018 an agreement between the EU and Britain should already be outlined.

Despite such statements, Teresa May has already confirmed that the negotiations on the exit of the UK from the EU will begin next week, despite the results of the parliamentary elections.