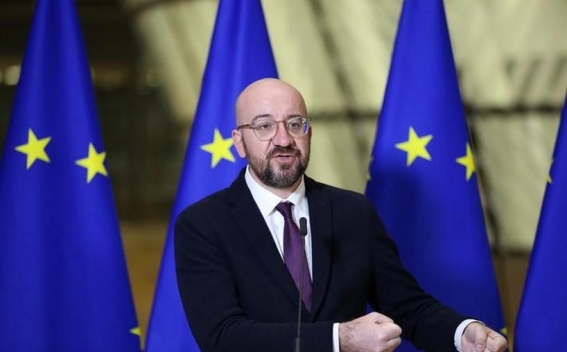 European leaders have clashed over how to pull their economies through the coronavirus crisis, as Italy accused other member states of a timid response to an unprecedented economic shock, The Guardian reports.

Meeting via a video link, the EU’s 27 leaders papered over deep divisions by agreeing that another fortnight was needed to discuss ambitious economic recovery plans. After a testy debate over "coronabonds", i.e raising funds through issuing shared European debt, the bloc kicked a decision down the road, by calling on EU finance leaders to present proposals within two weeks.

Even as the virtual summit was still ongoing, Italy’s prime minister, Giuseppe Conte, released a statement rejecting an earlier pre-prepared draft statement because he thought it was a weak response to the scale of the crisis.

Hours before the summit, Conte called for "extraordinary and exceptional measures" to help Europe’s battered economies deal with a sharp downturn and the expected surge in joblessness resulting from coronavirus.

Backed by France, Spain and seven other eurozone countries, Italy wants a "European recovery bond" or "coronabonds" – namely, EU-backed debt to lift member states out of a recession and increase spending on healthcare.

But the idea of shared debt remains anathema to Germany, Austria and the Netherlands, who shunned the similar concept of "eurobonds" during the eurozone crisis a few years earlier.

In a video conference summit – their third in as many weeks – talks ran four hours over schedule as leaders sparred over a single paragraph in the communiqué about how best to aid their economies.

After the meeting, Charles Michel, the head of the European council, told journalists the EU was ready to do "everything it takes in order to find the right solution" and needed to continue work with the 19 finance ministers of the eurozone. "We had tonight a very strong political debate. It was a useful debate, it was a necessary debate," he said.

But hope of a breakthrough remain elusive, as eurozone finance ministers earlier this week failed to agree on common European debt – passing the issue to Thursday’s EU leader meeting.

With Italy’s economy on a downward spiral as a result of the lockdown to fight the outbreak, Conte unveiled a second stimulus package worth more than the €25bn package ($27.43bn) adopted in March. But the extra spending will send the government shooting over budget deficit targets.