More than 400 Civilians Returned to Aleppo 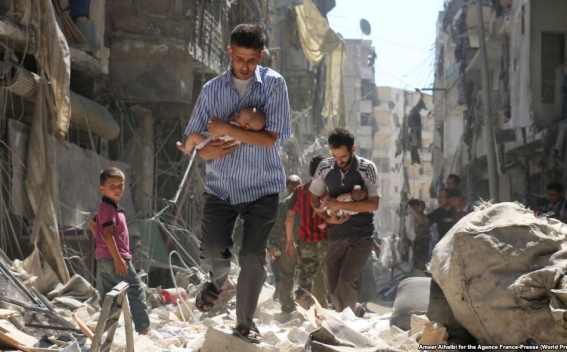 More than four hundred civilians returned to their homes in the province of Aleppo. They were taken to Aleppo by buses from the camps for Syrian refugees, Vesti.ru reports.

Until recently, many settlements in Aleppo were under the control of Kurdish self-defense units. Due to the reached agreements, the situation is stabilized in the central and southern parts of the Syrian Arab Republic. Besides, three de-escalation zones function successfully.