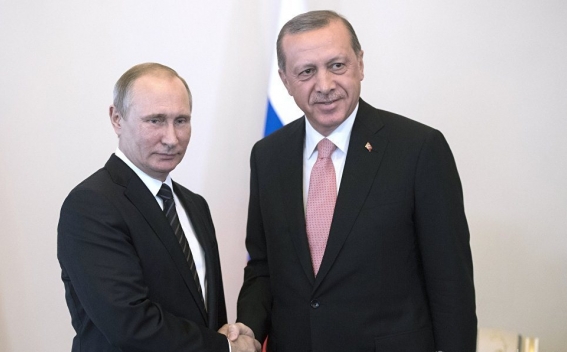 Russian President Vladimir Putin and Turkish President Recep Tayyip Erdogan in Sochi on November 13 will discuss the fight against terrorism and the situation in Syria, the Kremlin's press service said, as RIA Novosti reported.

"President of Turkey Recep Tayyip Erdogan will pay a working visit to Sochi on November 13 at the invitation of Russian President Vladimir Putin, there will be an exchange of views on regional and international issues, including joint struggle against terrorism, and the situation in Syria" the message says.