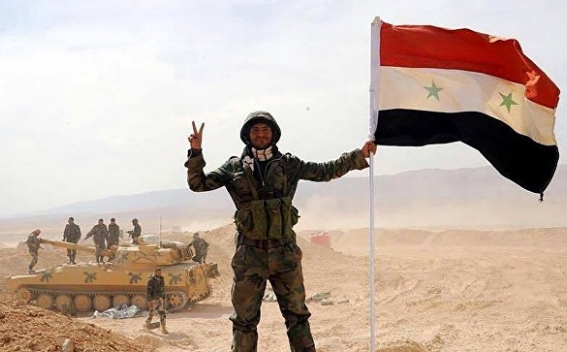 The Russian General Staff has declared the liberation of Syria from Islamic State (IS, formerly ISIS), stating that all territories previously under terrorist control were liberated in the final push by the Syrian Army, RT reports.

“All terrorist units of ISIS on Syrian soil have been destroyed, and the territory is liberated,” Armed Forces Chief of Staff General Valery Gerasimov said.

“Therefore, as of today, there’s no territory controlled by ISIS in Syria,” he added. Gerasimov made the announcement during an annual briefing for foreign military attachés.

After being briefed on the successful military operation on both banks of the Euphrates River in Syria by Russian Defense Minister Sergey Shoigu, President Vladimir Putin said that the political process and organization of the Syrian people’s congress in Sochi, agreed upon by Russia, Iran, and Turkey last month, must now become the focus. Among other goals, Putin named the drafting of a new constitution, and, eventually, parliamentary and presidential elections.