Baku's Response Confirmed the Rightness of the RA President's Words 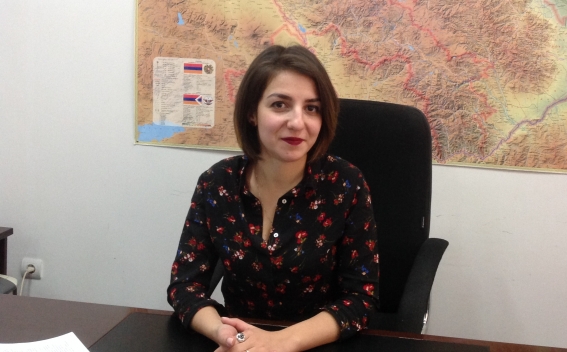 President Serzh Sargsyan's statement on the prospects of the Karabakh conflict settlement at PACE caused a sharp reaction in Baku. The statement of the Azerbaijani Foreign Ministry on this occasion and the sabotage attamp proved the rightness of Sargsyan's words that the main problems are the maximalist ambitions and irresponsibility of Azerbaijan in terms of carrying out the agreements.

Speaking about our expectations from the international community, Sargsyan said that the greatest contribution of the international community to the negotiation process can be the influence on Azerbaijan in order to restrain the maximalist ambitions of the latter and make Baku be ready for constructive negotiations. The key to the conflict resolution is the compromise that is agreed upon in the atmosphere of confidence and equally carried out in all sides, which is impossible in today's situation.

Baku refuses to fulfill even the minimal commitments to strengthen the ceasefire regime, namely the Vienna, Saint Petersburg and Geneva agreements on the expansion of the office of the Permanent Representative of the OSCE Chairman-in-Office and introduction of investigation mechanisms for border incidents. Instead, immediately after the RA President's speech in PACE there was a new tension in the border and an attempt of subversive action, which was prevented.

Moreover, in an answer to the RA President's calls to abandon the ambitious demands, Baku declared that "the Armenian and Azerbaijani communities of Nagorno-Karabakh can enjoy self-determination within Azerbaijan." It also reaffirmed its demands for withdrawing Armenian troops from Artsakh as the first step. This is nothing more than an ambitious demand and destructiveness.

Since 2007, the principles that are the bases of negotiations presuppose the final status of Artsakh to be determined by a referendum, and the withdrawal of troops is a part of the overall settlement package and not in any way the first or the other step.

Therefore, today the primary task of the settlement process is to build confidence through the strengthening of ceasefire and carrying out the reached agreements, and the restoration of a constructive political dialogue that will not be based on the demands of one party without readiness to compromise.