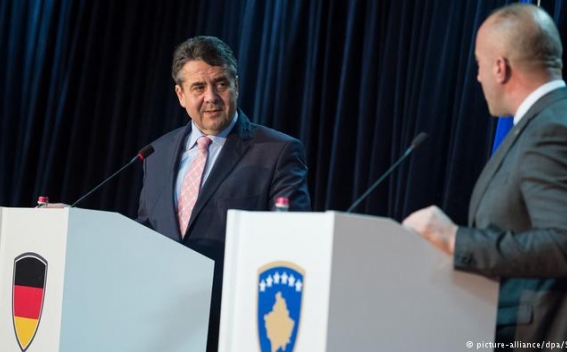 German Foreign Minister Sigmar Gabriel has voiced his support for Serbia's membership to the European Union, but not before it accepts Kosovo's independence. Five EU member states have also yet to recognize Kosovo, DW reports.

"If Serbia wants to move toward the EU, the building of the rule of law is a primary condition," Gabriel said during a joint press conference with Kosovo's Prime Minister Ramush Haradinaj during a visit to the Kosovan capital of Pristina. "But naturally so is the acceptance of Kosovo's independence. That is a central condition to take the path toward."