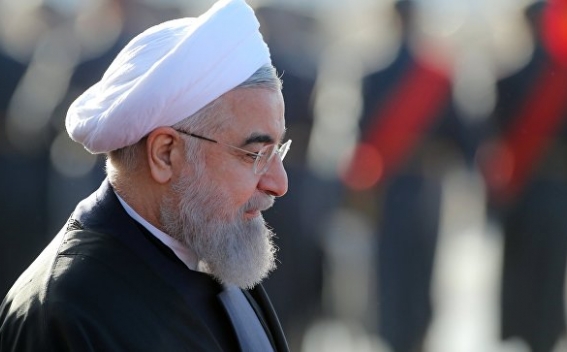 Iranian President Hassan Rohani has voiced doubts about the legitimacy of demands for a fresh nuclear agreement between world powers and Tehran, after the leaders of the United States and France called for a "new" deal, Radio Free Europe reports.

"Together with a leader of a European country, [the Americans] say: 'We want to decide on an agreement reached by seven parties,'" Rohani said in a televised speech on April 25.

In his speech, Rohani also railed against Trump, calling him an inexperienced "tradesman."

"You don’t have any background in politics," Rohani said about the US president.