The IMF Will Be Able to Effectively Contribute to the Development of Armenia's economy, Nikol Pashinyan 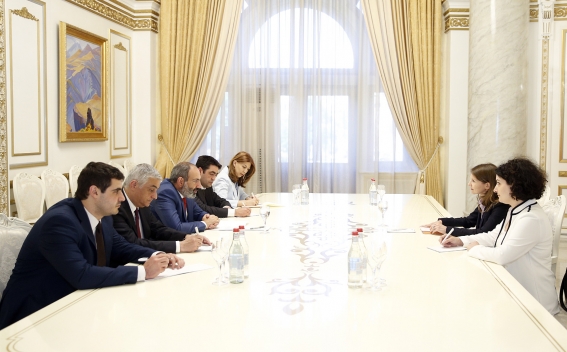 During the meeting the PM attached importance to the close cooperation with the IMF and its constant assistance to economic reforms. PM Pashinyan said increasing the effectiveness of expenditures of ongoing programs and funds, as well as the disciplinary in the financial field are among the government’s priorities.

The IMF Resident Representative introduced the PM on the process of ongoing projects in Armenia and the future steps. Yulia Ustyugova expressed confidence that the IMF together with the new government will be able to effectively contribute to the reforms being carried out in Armenia. She highly appreciated the stability of Armenia’s financial system and added that Armenia can be considered as exemplary in this regard.

The sides also exchanged views on a number of other issues relating to the expected reforms by the government’s program in different fields, as well as the bilateral partnership agenda.