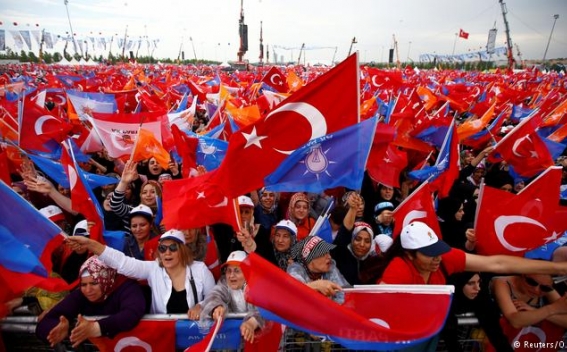 Stakes are high in Turkey, with President Recep Tayyip Erdogan expected to emerge victorious in parliamentary and presidential elections. But the opposition could have a strong showing, amid a host of economic problems, DW reports.

Over 56 million Turkish voters are headed to the polls this Sunday to choose a president and a new parliament. The vote takes place after changes to Turkey's constitution were approved last year, reshaping the country's presidential system.

Sunday's elections are set to pose the biggest challenge to Recep Tayyip Erdogan and his Islamist-rooted AK Party since they came to power more than a decade and a half ago. It should also test the strength of the opposition, which has rallied its supporters in great numbers in the final days of the campaign.

President Erdogan, who has not lost an election in 16 years, had moved the elections forward from November 2019 to this Sunday.

The election marks a new era enhanced powers under the new constitution for the office of the presidency for whoever is elected.

Current president Erdogan is seen as the frontrunner and is expected to win. Even if he is not able to gather enough votes to seal a victory this Sunday, he is still likely to come out on top in a second round, on July 8.