What Does Armenian Prime Minister Expect from EU? 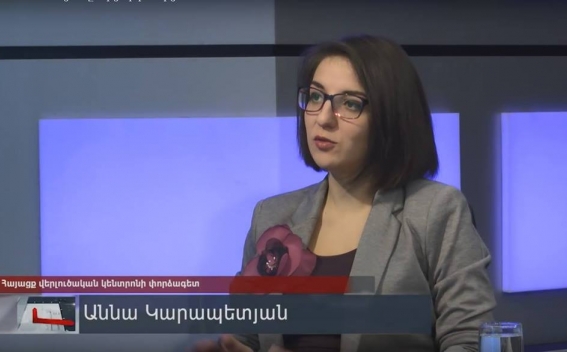 Prime Minister of Armenia Nikol Pashinyan summarized his first visit to Brussels and meetings with high-ranking EU officials. If the policy of the new government of the Republic of Armenia towards Russia acquired a certain clarity, Pashinyan's vision in the context of Armenia-EU relations is still ambiguous.

From Pashinyan's briefing with journalists at the airport in Brussels, we can state that official Yerevan represented by Prime Minister Nikol Pashinyan is making some changes in the rhetoric of relations with the EU. In particular, the Prime Minister calls for moving from encouraging statements about Armenia to practical steps and changing the policy towards Armenia, including by increasing financial support for the reform process. In the context of the above, there is also a hidden threat: "The EU may lose the chance to support reforms in Armenia."

It is quite natural that the rapid pace and success of democratic processes in Armenia are awarded a positive assessment from the EU, and this assessment must be materialized. Let's try to clarify what practical steps can be expected from the EU at this stage.

Armenia at this stage expressed its expectations in the Armenia-EU Comprehensive and Expanded Partnership Agreement, which is at the stage of ratification by the EU member states. Therefore, if Armenia does not deviate from this Agreement and does not require a new quality of relations (for example, the Association Agreement or any other format of relations), the EU will not have the task of reviewing its policy towards Armenia.

This Agreement is quite comprehensive, and it gives an opportunity to deepen cooperation with the EU in all spheres as much as Armenia will show its readiness for this. That is why, speaking about the policy change, first of all, it is necessary to expect rapid and complete ratification of this Agreement and the dynamic development of relations on this logic.

As for financial support, if we are not dealing with "color revolutions" following the example of Georgia or Ukraine (and Armenia has repeatedly stated that what happened here in April-May has nothing to do with these processes), the EU builds relations with the countries-partners in the framework of a previously approved budget. Another issue is that it is possible that the tangible progress of Armenia in various spheres in the future can become a basis for providing additional financial resources. It means that it will be possible to talk about a significant increase in financial support only after the elections and ensuring irreversibility of progress in certain areas.