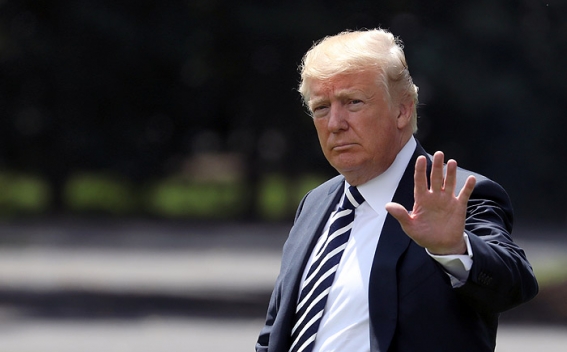 President Donald Trump warned Syria and its allies Russia and Iran on Monday against attacking the last major rebel stronghold of Idlib province in the country's northwest, CNN reported.

"President Bashar al-Assad of Syria must not recklessly attack Idlib Province. The Russians and Iranians would be making a grave humanitarian mistake to take part in this potential human tragedy. Hundreds of thousands of people could be killed. Don't let that happen!" Trump wrote on Twitter on September 4.

The President's warning comes just days after Secretary of State Mike Pompeo issued a similar warning to Russia's foreign minister, Sergey Lavrov, saying an attack on Idlib was something that Syria and Russia "agreed not to permit," and that the US "sees this as an escalation of an already dangerous conflict."

"Sergey Lavrov is defending Syrian and Russian assault on #Idlib. The Russians and Assad agreed not to permit this. The U.S sees this as an escalation of an already dangerous conflict." Pompeo wrote on August 31 on Twitter.