Erdogan Has Limited Options to Save Turkey from Financial Crisis: Reuters 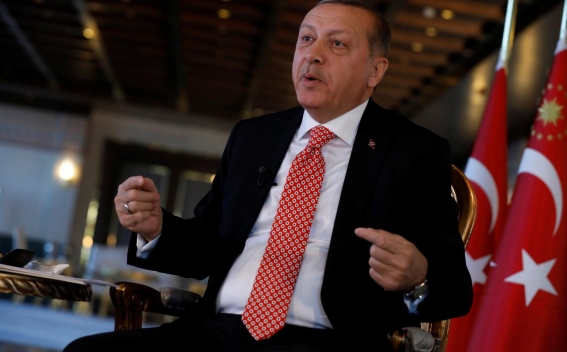 After 15 years in power as prime minister and president, Tayyip Erdogan faced down a weak opposition in June elections that swept away any checks and balances to the unchallenged rule he wanted. In Turkey he appears lord of all he surveys, Reuters reports.

But his victory could become a poisoned chalice if he cannot resolve an angry feud with President Donald Trump that is pushing his country towards financial crisis.

Erdogan has limited options. Most involve a loss of face or a loss of sovereignty for which he alone would be blamed, having successfully marginalized not just a divided opposition but his own Justice and Development Party (AKP).

His victories in June were decisive. Re-elected as president under a new order modeled more on Vladimir Putin’s Russia than France or the United States, he also secured a parliamentary majority by allying with far-right nationalists.

The role of prime minister was abolished, leaving Erdogan to dominate not just the executive - appointing ministers, chairing the cabinet and replacing top civil servants with political appointees – but also holding sway over the judiciary and the legislature.

Having chosen to rule alone from his vast neo-Ottoman palace in Ankara, he confronts the spiraling crisis alone.

The lira has collapsed by 40 percent this year. Turkish banks that borrowed heavily abroad now face the near impossible task of refinancing short-term debt in expensive dollars and euros.

Investors rattled by soaring inflation and a widening current account deficit were suddenly confronted by a row between Erdogan and Trump, who doubled tariffs on U.S. imports of Turkish steel and aluminum in an attempt to force Ankara to release Andrew Brunson, an evangelical Protestant pastor jailed after an attempted coup in 2016.

As the lira lost a quarter of its value last month alone, Erdogan accused the United States of waging “economic war” against Turkey.

Speaking last month at the anniversary of an 11th century Turkish victory over the Christian Byzantine empire, Erdogan told Turks not to believe the dispute with the United States was about him. “No, their issue is Turkey. The issue is Islam,” he thundered.

This plays well with his base and, since Trump has used tariffs as a political reprisal, means most of the opposition will line up behind the Turkish president.

But the issue Erdogan most urgently has to confront is cash.

According to JPMorgan, $179 billion in Turkish foreign debt matures in the year to July 2019, $146 billion of which is owed by the private sector – especially Turkey’s banks – which borrowed abroad but often earns mostly in lira, saddling it with a severe debt mismatch given the plummeting currency.