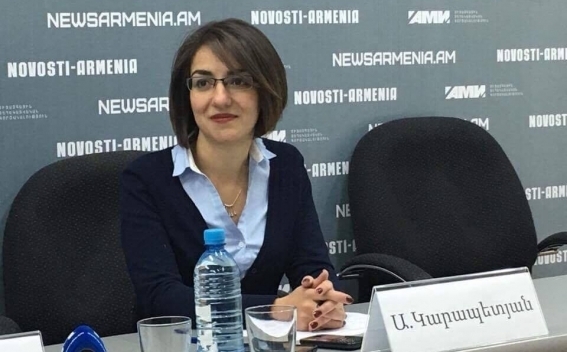 US Ambassador to Armenia Richard Mills in his interview to EVN report touched upon the Artsakh issue, expressing his anxiety that the issue of the return of the liberated territories is not discussed among the public. Moreover, he noted that the US government was convinced that the territories should be returned under the "land for peace" resolution and surprised to find out that the resolution did not get any support.

First of all, it should be noted that the ambassador's suggested resolution has never been a subject to negotiations, the negotiation process has been rather built on the principle of "territories for status". It was the Azeri side that always tried to push forward the "land for peace" resolution, presenting peace as a concession to Armenia and Artsakh. Whereas peace is equally important for all countries in the region, and cannot be viewed as concession by anybody.

Besides, the essence of the Artsakh issue is the struggle for the realization of the Artsakh people's right to self-determination. Therefore, peace will be possible only when Azerbaijan recognizes that right.

The US Ambassador's approach is also problematic in terms of morality. It is illogical to raise the issue of territorial concessions in Armenia and Artsakh, as long as shots are heard almost every day from Azerbaijani side, soldiers and civilians continue to die on the border, and the Azeri authorities announce Armenians from all over the world as their enemies. And raising the question of giving up territories in this situation only encourages Baku's policy.

Such statements by the international community and especially the OSCE MG Co-chair countries not only do not contribute to the settlement of the conflict, but also give rise to the aggressive policy of Azerbaijan. Such statements are perceived in Baku as an impulse that their attitudes are quite acceptable for the international community, so it is possible to continue the militaristic, intolerant and destructive policy.