Does EU Stand for Counterbalance to American Sanctions against Iran? Myth or Reality? 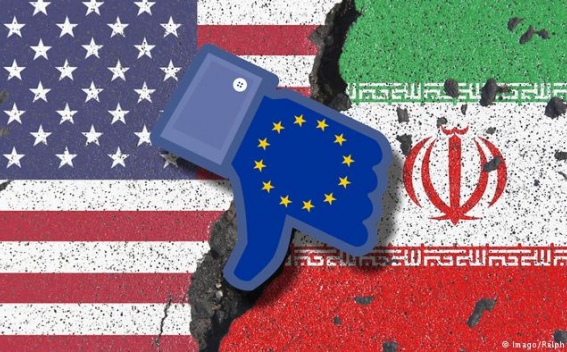 Since the United States unilaterally dropped out of the nuclear deal with Iran, Germany, France, Russia, and Britain signed in 2015, relations between the two countries became more than tense. The Trump administration announced the restoration of sanctions against Iran, but the issue is not limited to the economic and political framework of the two countries, as the sanctions imposed on November 5 will have a direct impact on all the companies dealing with Iran.

The role of major financial companies

The enormous blow to those companies of other countries that deal with Iran will be implemented through US financial companies, which calculate foreign trade transactions. These international financial systems are largely concentrated in the United States, which gives great leverage to this country. As an example, we can mention the SWIFT system from which Iran dropped out in 2012-2015.

EU High Representative for Foreign Affairs and Security Policy, Federica Mogherini, issued a statement in September on the EU's initiative to create a new mechanism to counter US sanctions. The aim of the latter is to ensure that the European companies continue to engage with Iran in an uninterrupted way and to allow them to circumvent sanctions.

Mogherini said she hoped to create such a mechanism during the ‘’Asia-Europe’’ forum last month in Brussels. It should be noted that Germany, France, the Russian Federation, Great Britain support the EU initiative.

The essence and vitality of the new mechanism

The new EU mechanism should, in essence, appear in the form of a new, independent body of payment, which will act independently of the world financial institution and will ensure the smooth execution of payments for transactions with Iran.

As for the viability of the new mechanism, it is beneficial not only for EU member states. Russian side has already made a parallel statement to the European Union, proposing the import of Iranian oil through the Caspian, after which it can already export ready-made oil products from its own territory.

At the same time it should be noted that there is a great skepticism regarding this issue, as the mechanism is now only at the level of declaration.

"The EU is strong in rhetoric and weak in execution": John Bolton

The National Security Adviser to US President, John Bolton, made such an assessment on the European initiative. Bolton particularly mentioned that the European Union speaks of non-existing mechanism and that many companies are actively moving away from the Iranian market.

Again, let us note that the viability of the mechanism is not really stable, as it is still at the level of declaration, but the American response to it is in turn a manipulation, as the American impression about organizations that want to leave the Iranian market is exaggerated.