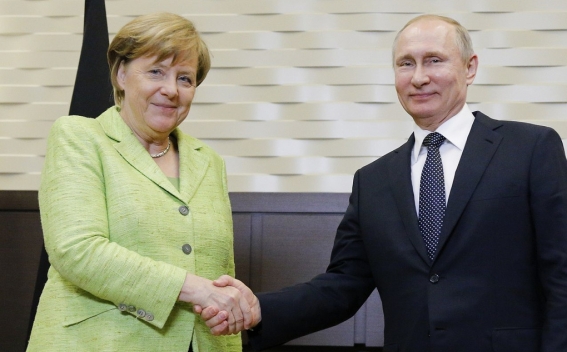 German Chancellor Angela Merkel has asked Russian President Vladimir Putin a question in Russian. It was about his coat, RT reported.

“Siberian coat?” she asked him in Russian.

To remind, Merkel and Putin are in Istanbul which is hosting the Russia-France-Germany-Turkey summit on the Syrian conflict.