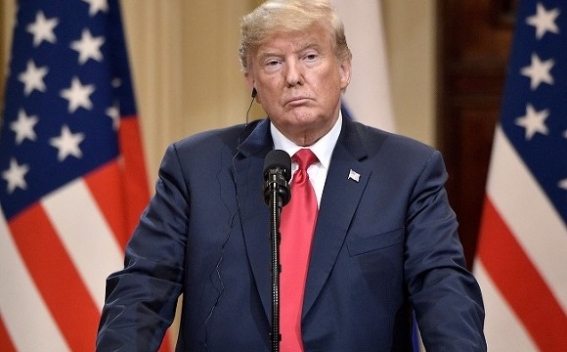 President Donald Trump on Tuesday linked his decision to continue backing Saudi Arabia — despite the murder of a U.S. resident by Saudi agents — to his desire to keep oil prices low, CNBS reports.

"Saudi Arabia, if we broke with them, I think your oil prices would go through the roof," Trump told reporters on Tuesday. "I've kept them down. They've helped me keep them down."

Trump issued a statement earlier on Tuesday saying the United States stands by Saudi Arabia after agents of the kingdom killed U.S. resident and journalist Jamal Khashoggi in a Saudi consulate in Istanbul, Turkey.

The CIA has reportedly concluded that Crown Prince Mohammed bin Salman, an ally to the Trump administration, ordered Khashoggi's death. On Tuesday, Trump cast doubt on that assessment, saying in his statement "maybe he did and maybe he didn't!"

Trump's comments on Tuesday illustrate how his administration has relied on Saudi Arabia to pump more oil and convince a group of producers to increase output in order to keep prices low. Trump's declaration of support for Saudi Arabia comes just two weeks before OPEC, Russia and several other producers meet to decide whether to reverse course and cut production next year.

The cost of crude began rising earlier this year as Trump prepared to restore sanctions on Iran, OPEC's third biggest oil producer. On Tuesday, Trump said Saudi Arabia had helped him prevent oil prices from spiking above $100 a barrel.