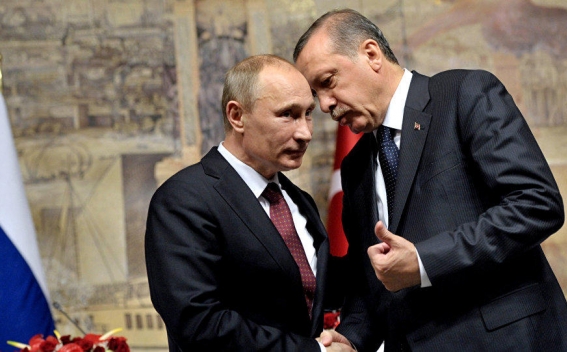 During his trip to Moscow, Turkish President Recep Tayyip Erdogan plans to discuss with President Vladimir Putin cooperation in the light of the withdrawal of US troops from Syria, Turkish president’s Spokesperson Ibrahim Kalin told during news conference in Ankara on Tuesday, TASS reports.

"During a one-day visit on January 23, President Erdogan will discuss among other issues the situation in Idlib and cooperation with Russia within the framework of the US decision to withdraw troops from Syria," he said.

Kalin reiterated that "the aims of Turkey in Idlib remain the same". "Our task is to ensure the safety of people and property of the local population," he said.

On Tuesday, Erdogan told reporters that he planned to meet with Putin on January 23. He also said that "a trilateral meeting with [President of Iran Hassan] Rouhani and Putin is on the agenda".