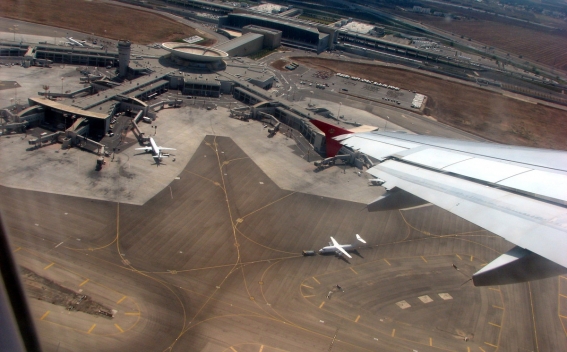 Damascus has threatened to exercise its legitimate right for self-defense against Israeli aggression and target Tel Aviv airport in a mirror response, unless the Security Council puts an end to IDF intrusions into Syrian airspace, RT reports.

“Isn’t time now for the UN Security Council to stop the Israeli repeated aggressions on the Syrian Arab Republic territories? Or is it required to draw the attention of the war-makers in this Council by exercising our legitimate right to defend ourself and respond to the Israeli aggression on Damascus International Civil Airport in the same way on Tel Aviv Airport?" Syria’s permanent representative to the UN, Dr. Bashar al-Jaafari wondered Tuesday.

Air strikes against alleged ‘Iranian targets’ in close proximity to Syria’s busiest airport have become a norm for the Israel Defense Forces (IDF), whose former chief of staff openly confessed last month to running a large-scale bombing campaign in Syria for years. Besides causing casualties and material damage by their “near-daily” strikes, Israeli combat missions into Syria have also repeatedly endangered flights operating over the conflict-torn country.