''Knight of Cilicia'': Aram Karamanukyan – One of the Founders of Syrian Armed Forces 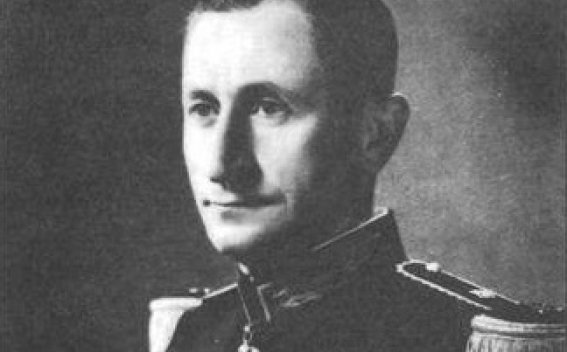 ''Armenians have become an important part of Syrian society since the XI century, while retaining its exclusive identity and culture, and the role of Armenians in the construction of the Syrian army is an irrefutable fact'',- writes a well-known Syrian journalist, chief editor of Al-Masdar News Leith Abu Fadel.

The author notes that one of the founders of the Syrian Armed Forces was an Armenian - Aram Karamanukyan.

Aram Karamanukyan was born on May 1910 in Aintab (today Gaziantep - Western Armenia, modern Turkey). During the Armenian Genocide, the Armenians of Aintab were deported and Karamanukyan, along with his family, were driven into the Syrian desert where they arrived in Hama and ultimately settled in Aleppo. In 1932, Aram graduated from the Damascus Military Academy, after which he went to study at the Paris High School of Artillery.  In 1947, the president of independent Syria approved Karamanukyan’s candidacy for the post of chairman of the military committee on army reform.

In 1948, he was one of the commanders of the Syrian Army during the first Arab-Israeli war. With his extraordinary actions and strategy to keep the Golan Heights, he earned the respect of the Israeli military headquarters. One of the commanders of the Israeli army, Yaakov Dori, compared Aram Karamanukyan with the great French army commander Jean Victor Marie Moreau. Colonel Karamanukyan taught his subordinates that the Israelis are not enemies, but opponents.

In 1949, he was appointed commander-in-chief of the Syrian Army's artillery. While serving this post, he was promoted to the rank of general of the Syrian Army in 1956. Karamanukyan maintained his post until 1957, when by the new President, Shukri al-Quwatli was transferred to Washington D.C. where he served as a military attache to the Syrian embassy.

In 1962 he was promoted to the rank of lieutenant-general and in May 1964 he decided to retire at the age of 54, having served in the Syrian army for 32 years.

For several years he served as military adviser to President Hafez al-Assad. He was a member of the Syrian Parliament.

Aram was one of the main backers of the Armenian community in Syria, he allocated a lot of money for the construction of churches and schools, helped to publish Armenian newspapers. He himself is the author of several books. For outstanding services to the Armenian people, the Catholicos of the Great House of Cilicia Karekin I, bestowed the "Knight of Cilicia" medal to him and Catholicos of All Armenians Vazgen I granted him the ''Nerses Shnorhali'' Medal. After the terrible earthquake in Spitak, Aram Karamanukyan coordinated collection of funds to support Armenians. With the beginning of the Artsakh war, he actively advocated the mobilization of all forces of the Armenian Diaspora  and after taking back Shushi, the celebrated general could not hold back the tears of joy and happiness. In 1990, Karamanukyan became a US citizen. In 1995, Karamanukyan visited Armenia, after which he told his children and grandchildren: "You will live here, and that's final." This is what happened.

In the last months of his life, Karamanukyan traveled around the world, visited Syria, Armenia, France and Lebanon. After returning to the United States, he fell gravely ill, and died in Fort Lee, New Jersey on 23 December 1996. In accordance to his will, his remains were transferred to Aleppo and Armenia. In Armenia, part of his remains were buried next to his brother Levon in Yerevan.  In Aleppo, the rest of his remains were buried at a local Armenian church. His funeral was attended by many senior officials and dignitaries.

Until today, Aram Karamanukyan is the only Armenian in the Middle East who has received the highest military awards not only in Syria, but also in Lebanon, Egypt and France.