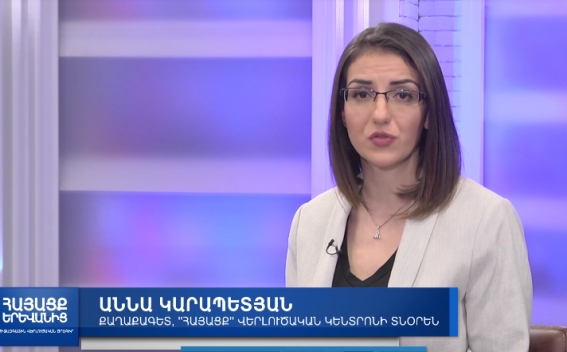 Following the revolution in Armenia Pashinyan-Aliyev meeting on various international platforms have on the whole led to a breach of the OSCE Minsk Group regular activity.  This is also testified by the OSCE MG co-chairs’ February 20-21 visit to the region aimed at getting to know the content of the talks between the two leaders. It turns out that the mediators come to learn the details of a January 22 meeting only a month later.

Moreover, the co-chairs summed up the February 20-21 visit only ten days later on March 1 by disseminating a press release.

According to the statement the co-chairs attach importance to preparing Pashinyan-Aliyev meeting under the auspices of the OSCE MG. Having in mind the possible risks and dubious effectiveness of achieving various agreements by resuming talks out of the margins of internationally established format the mediators try to set the process on course.

The meeting to be held under the auspices of the OSCE Minsk Group will officially mark the resumption of the talks. While the sides have so far been pretending as if there are no talks and the meetings are purely observational then a few hour meeting might hardly be called an attempt of coming to know the history of talks and each other’s approaches.  Consequently, preparing for this meeting is a rather complicated process.

According to the statement the mediators discussed with the leaders possible topics of discussions and expectations for future steps. This the mediators try to figure out which questions can be on the agenda – the regulation principles, confidence building measures or possible change of format given Armenia’s claims for urgently involving Artsakh. The sides’ expectations for the agenda may substantially vary given the statements made so far and the picture they hold of their own positions. And in the first stage the agenda will largely show which side succeeded more in their policy.

There is another noteworthy aspect in the co-chairs’ statement. They welcome the developing discussions in the region about preparing populations for peace. The mediators’ urge of shaping positive expectations is natural but as of now none of the sides opts for preparing the populations for peace in their discourse.