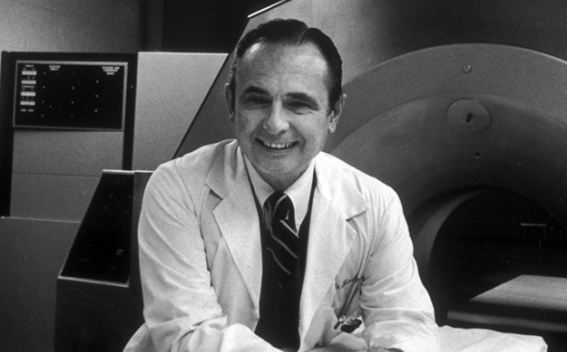 The positron emission tomography scanner, invented in 1977 was a breakthrough in the history of medicine. Since then it became possible to assess the brain’s activity at different mental processes, to reveal cancer at its early stage and heart diseases. That was due to the efforts of renowned physicist and inventor of Armenian descent Michel Ter-Pogossian.

Michel Ter-Pogossian was born in Berlin, on April 21, 1925. He was the only child of a family that found refuge in Germany during the Armenian Genocide. Shortly after, the growing Nazi moods caused the family to move to France.

Michel’s passion for science, namely physics and chemistry came up in the early school years. In 1943 and 1946 he earned degrees in science respectively from the University of Paris and from the Institute of Radium.  During World War II, he fought with the French Resistance Movement against the Nazi. Michel’s father concerned about his son’s future decided to immigrate to the US in 1946. There Michel entered Washington University of St. Louis, in large part by the reputation of Arthur Holly Compton, a physicist and a Nobel laureate, who was the university’s chancellor, beckerexhibits reports.

While studying for his degree, Ter-Pogossian worked in the Department of Physics as a research assistant. He received a master’s degree in 1948 and a doctoral degree in nuclear physics in 1950.

He joined the faculty of Mallinckrodt Institute in 1950 and was appointed as professor of radiation sciences in 1961. During the years of working there he recognized the potential of short-lived radioactive isotopes, and was one of the first to use them to find brain tumors and measure blood flow, The New York Times reports.

In 1961 Ter-Pogossian was appointed as professor of radiation sciences. In 1973 he was named head of Mallinckrodt Institute’s Division of Radiation Sciences.

Michel Ter-Pogossian is considered the “father” of positron emission tomography. In the 1970s he led a collaborative research team of physical scientists, chemists, and physicians who developed the concept of positron emission tomography (PET), a major contribution, PET displays actual metabolic activity within different regions of organs and tissues, thereby extending scientists’ and physicians’ understanding of basic biological processes and providing a basis for the improved diagnosis of diseases.

In addition, he was a past trustee of the Academy of Sciences of St. Louis and served as an advisor for several Department of Energy and National Institutes of Health committees. Dr. Ter-Pogossian was a prolific author, with more than 250 papers and book chapters to his credit.