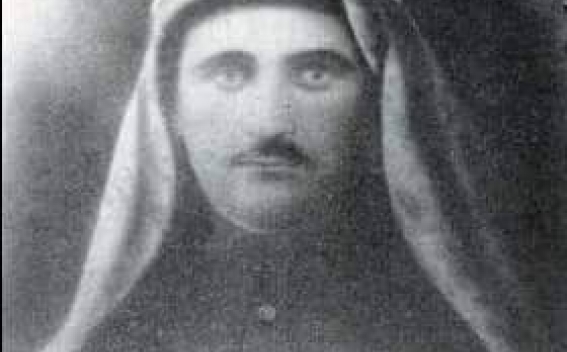 On March 18, 1915, one of the most bloody battles of the WW1, the Battle of Gallipoli broke out (also known as the Dardanelles Campaign or the Battle of Çanakkale). Not many people know that it was directly related to Armenians with hundreds of them taking part in it within the Ottoman Empire army.

Even though the Turkish government is planning to sink the role of the Armenians in the century-long victory against the allies into oblivion, the name of Sarkis Torossian is not easy to wipe out of history.

«There was an Armenian officer called Sarkis Torossian. He was from Caesarea, artillery commander. He had sunk a few of the enemy vessels. Had been gravely injured in one of the battles.  Had the rank of Lieutenant, reached Major,” Turkish daily “Sabah” columnist Engin Ardıç writes, and meanwhile emphasizes that when Sarkis was fighting for Turkey in Çanakkale in the summer of 1915 the Turks were slaying his parents in Caesarea.

Sarkis Torossian was born in the Armenian populated village of Everek (present-day Develi) in 1893. He attended the local Armenian Parochial School, later continued his education in Edirne. From an early age Sarkis wanted to become a soldier, however Ottoman Turkish law forbade any non-Muslims to become soldiers until the 1908. At college he befriended an Arab named Muharrem whose father was a Brigadier General in Constantinople in the Ottoman army. The latter helps the two boys to continue education at the military college.  In 1914 with the rank of Second Lieutenant of the Artillery Sarkis was sent to Germany for three months.

Before Turkey’s engagement in the war Torossian was appointed to commander of Cape Helles that was defending the steps of Dardanelles. He was the first to sink a British battleship in 1915. This act was highly appreciated by high ranking Turkish officials. General Cevat Pasha introduced him to Minister of War Enver Pasha emphasizing that the forts under his command were the most effective in sinking British ships.

“I was ushered to Enver Pasha’s room. His majesty was staring at me for a minute, then he stood up and introduced me to his German advisers, calling me the hero of Dardanelle,” Torossian writes in his memoires.

During the meeting Enver and the German officers consult Torossian about the military situation and possibilities of British victory in Çanakkale. For his brevity Enver awarded Torossian with Ottoman State War Medal.

“The leader of Unity and Progress party was sending Torossian a certificate of honor meanwhile slaying his family,” Engin Ardıç writes.

Since June 1915, when displacement and massacre of the Armenian population began Torossian’s parents and sister were also displaced and sent to Ter Zor. Prior to displacement governor of the Kayseri province Salih Zeki Bey offered the Torossians to accept Islam and give their younger daughter in marriage to his nephew. But he was rejected.

Torossian was trying to get assurance from Enver pasha for his family’s survival. “I received a telegram saying that my family was mistakenly deported. I sent a petition to the minister of defense and reported about the acts of the governor and asked to fix the situation. According to the Supreme law families of Christian military shall not be persecuted, however Talaat pasha, the domestic affairs minister of the Ottoman empire, violated that law,” Torossian writes in his memoires.

Talaat pasha not only violated the law but also commissioned a life attempt against Torossian. The second attempt came shortly after in Palestine. ”It would be good if the allies broke through the Ottoman defense, that could save my family,” Torossian wrote.

Hatred against the Young Turks made him defect to the Arabs acting under the auspices of the allies and fought against the Ottoman Empire.

In one of the Arabic deserts Torossian found his sister Bayzar, but shortly after she died from a disease.

Following the return of Cilician Armenians Torossian took part in the Armenian national liberation movements which were not a success. Shortly after Torossian moved to the US.

Sarkis Torossian settled in Philadelphia. In 1927 he published his memoirs in Boston called From Dardanelles to Palestine: a true story of five battle fronts of Turkey which describes his life and achievements in detail as well as Gallipoli Battle and the Armenian Genocide.