Spring Aggravation: Washington And Ankara Set Ultimatum to Each Other 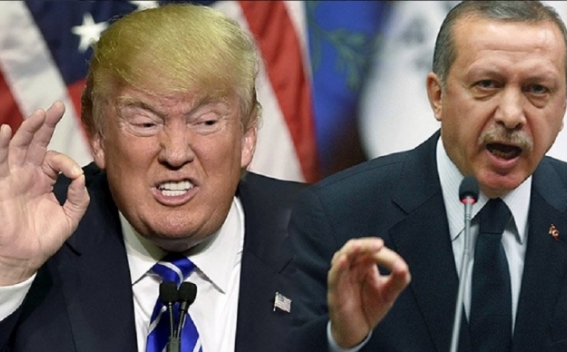 Spring aggravation is on the rise in Turkish-American relations. Washington and Ankara have begun talking to each other with ultimatum terms because of Turkey's purchase of Russian anti-aircraft missile systems S-400.

In particular, US Vice President Mike Pence said that Turkey should choose between S-400s and NATO membership. Turkish Vice President Fuat Oktay responded to Pence’s statement in the same vein, suggesting Washington to choose between Turkey and terrorist groups, apparently referring to the USA cooperation with Syrian Kurds.

Such behavior on behalf of the United States was quite predictable before the start of S-400s supply. Turkey has reiterated that they don’t intend to abandon the purchase of the Russian systems, despite the US proposal for an alternative or other modern weapons.

Such a "jealous’’ attitude of the United States to the Russian-Turkish deal accounts for the fact, that the information on American F-35 fighters can be transmitted through Russian systems.

Of course this is a serious problem for the USA and NATO, especially given the tension in their relations with Russia, which is probably the most intense following the Cold War.

However it is difficult to say whether this deal will lead to suspension of Turkey’s membership in NATO. With Turkey being a key player for the United States and NATO in terms of promoting their interests in the Middle East, they will not let go off Turkey easily, especially that it will mean closer ties with Russia. It is more likely that in case of S-400 deal, Washington will stop supplying F-35 for Turkey, which, by the way, Pentagon insists on.

It is not ruled out that the US will increase pressure on Turkey because of the S-400 deal and in other directions. The economic sanctions imposed on Turkey by the United States had a significant impact on the release of American pastor Andrew Branson, who was arrested in Turkey (this was one of the most problematic issues in Turkish-American relations).

However, Turkey is unlikely to give up S-400 deal just because of possible economic benefits. For Ankara, it is not only of military significance. Turkey set on buying S-400 systems from Russia after Washington’s refusal to sell Patriot systems. With this deal with Moscow, Ankara sends clear messages to Washington, that they can act as an independent player. This "independence" is more important for Erdogan than economic benefits. Ankara needs more to abandon the deal with Moscow, with the United States so far offering barely other weapons instead of S-400s.

It should be noted that today S-400 deal is not the only problem in Turkish-American relations. The sides have disagreements over the Middle East policy, in particular, the United States doesn’t like Turkey's deepening cooperation with Russia and Iran, and Turkey does not like Washington’s support for Syrian Kurds. Turkey still insists on the extradition of Islamic Preacher Fethullah Gulen from the United States, who is accused of organizing a coup attempt in Turkey in 2016. The parties also have contradictions over the Venezuelan crisis.

Increasing US pressure on Turkey because of S-400 deal can have the opposite effect, helping to reach agreement between the parties on some issues.