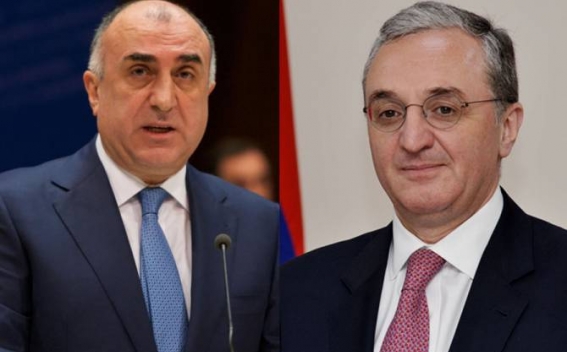 The foreign ministers of Armenia and Azerbaijan will reportedly meet on April 15. Given the latest summaries of Pashinyan-Aliyev meeting one can expect that the ministers will continue the process of “clarifying” regulation principles and their perceptions and the future of the talks process as well.

The format of the meeting, however, is more noteworthy at this stage. The meeting will take place under the auspices of Russian foreign minister Sergey Lavrov.

Following the revolution in Armenia this will be the first Russian mediated meeting aside from introducing Pashinyan and Aliyev to each other in Moscow. The meetings between the leaders and foreign ministers of Armenia and Azerbaijan have so far taken place either without mediation or under the auspices of the OSCE MG co-chairs.

Russia’s mediation in the talks process is not something new. Russia was that active in the preparation of Kazan meeting, as well after the April war when a statement on reinforcing ceasefire was made.

Russian mediation at this stage may signal a few things.

First, as a mediator, Russia, passive in the recent years, started to come forefront and engage in the settlement process.

Second, given the past experience one can think that Russia will increase pressure on the sides to take explicit measures above acquaintances and statements. This was also noted in the concluding statement of March 29 Vienne meeting, where the two leaders had arranged to take clear measures in the talks process.

Thus, this meeting may be an important signal at this stage for clarifying the agenda and taking clear measures.